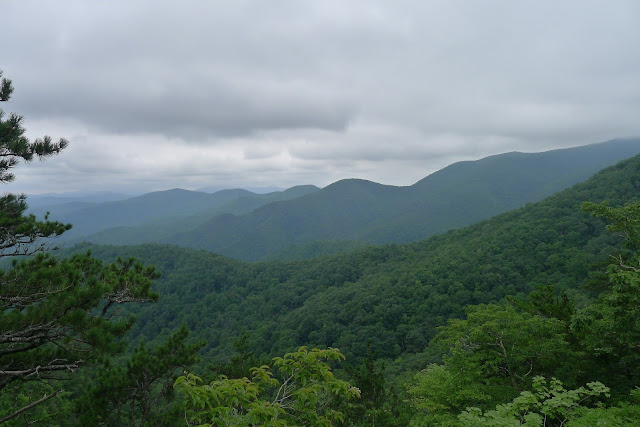 This morning I met up with Jody F., Dawn C., and Ben W for an out-and-back on Heartbreak Ridge. We started at the geyser and were on the bikes at 10:25. The pace was very strong all day. Jody led out for the start of the climb and cleaned every switchback. I took over setting the pace after a quick break at Star Gap and after a while it was just Dawn and I out front. I let her by and by the time we were nearing the field it was everything I could do to keep her in sight.
We took a nice long breather at the field, looked for game cameras, and talked about how Fall was in there air. Then we turned around and went back down the way we had just climbed.
The descent was absolutely spectacular. The trail conditions were perfect today and the work BRA did before last month's race cleared a corridor like I've never seen up there before. Jody told me to lead the descent so I took it. I was feeling a little apprehensive at the top but got into the groove once we were into the meat of the downhill. The GPS says max 24 mph on trail, so, that's not bad. The biggest surprise of the day for me was Dawn's descending skills. I thought it was Jody behind me for a while but no, Dawn was keeping up even after a few warp speed moments where I had to tell myself to pull it back in a little bit, I was going far too fast for a Thursday day ride where I was playing hookey from work.
We regrouped at the bottom, rode back to the cars, then parted ways as it seemed we all had things to attend to, seeing that it was a Thursday afternoon....
Thanks for getting out there Jody, Dawn, and Ben! That was awesome. WOOOO!!! 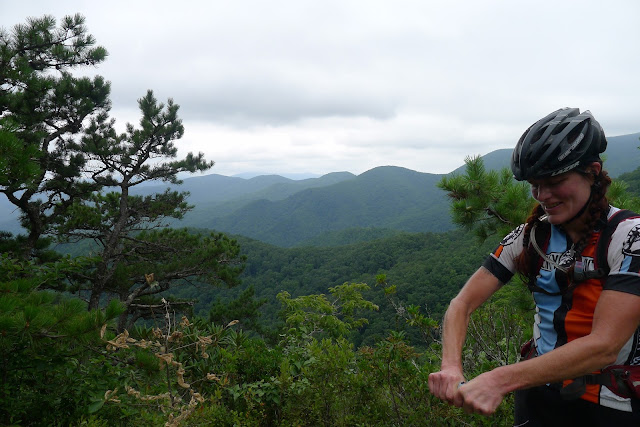 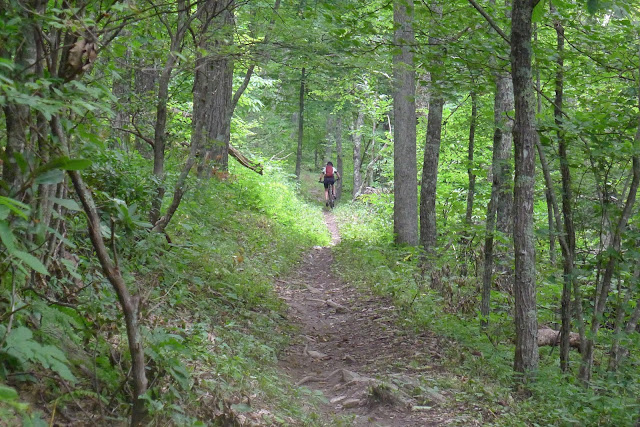 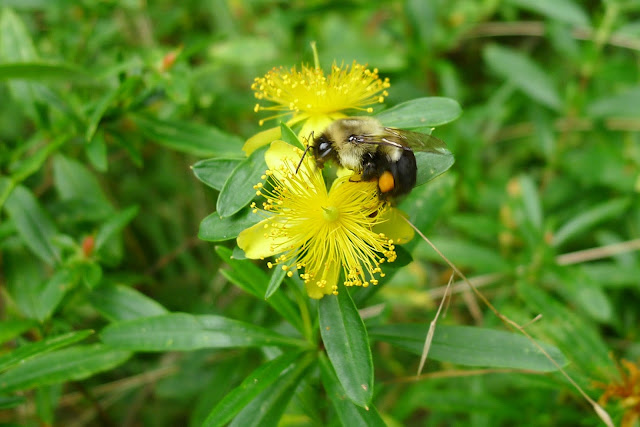 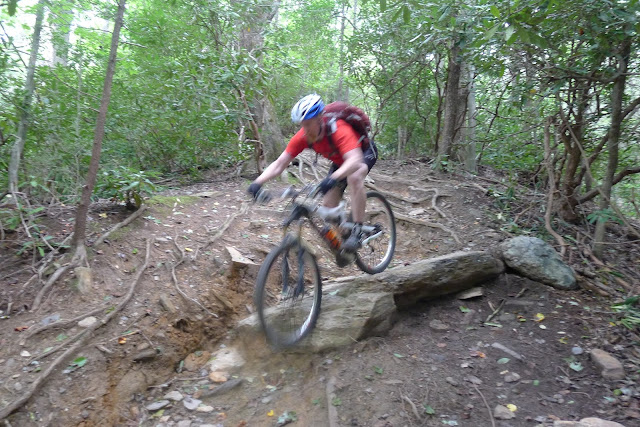 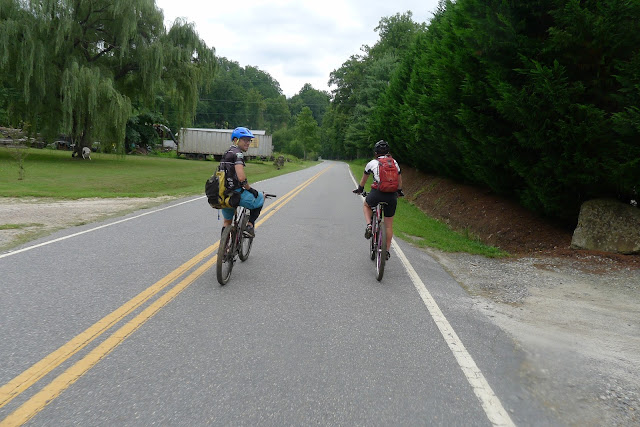