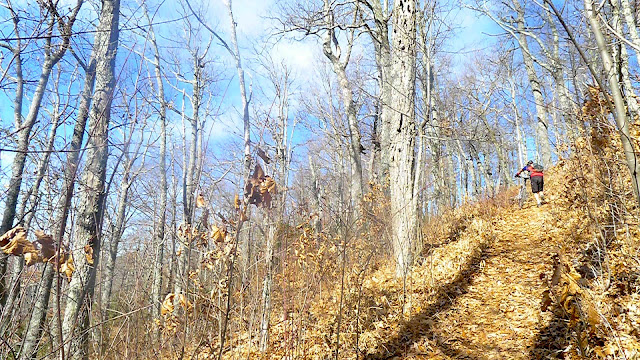 Joe and I were following up on the previous day's discussion and the question was asked: 'You riding today?' and 90 minutes later we were parked at Bent Creek Gap for a tour of North Mills River. The next three and a half hours were filled with me chasing Joe up the hills... 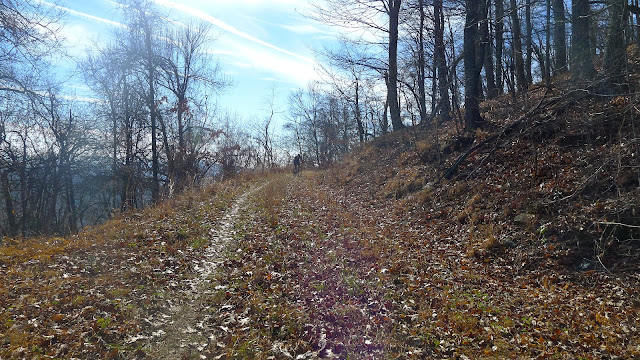 and Joe chasing me down the hills. 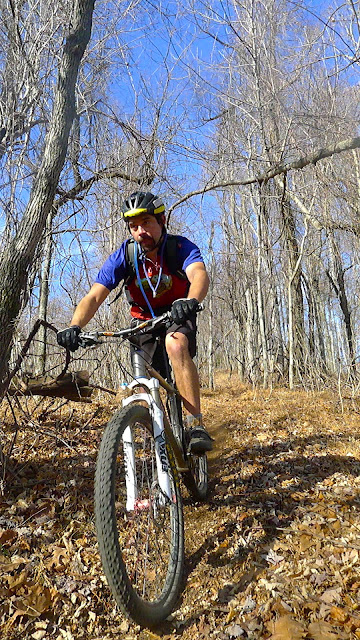 We ended up on Big Creek for a little while 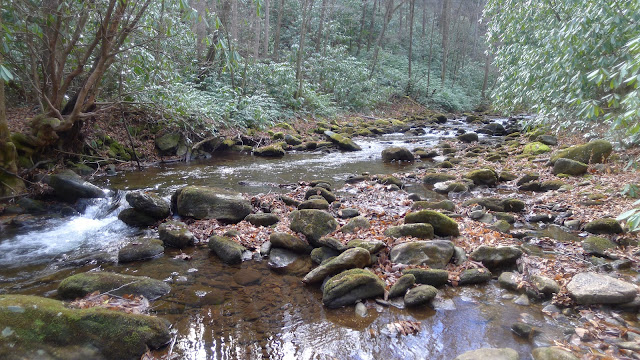 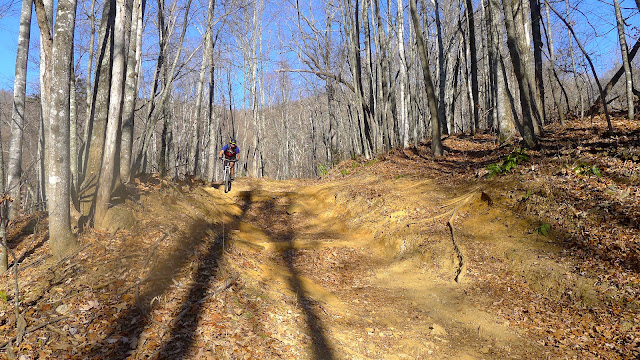 When we arrived at Bent Creek Gap both of our vehicles had been broken into. Nothing that couldn't be replaced was missing so, whatever. What sucks most is that today I had a spectacular day on the bike with Joe and what I'll remember most is this petty B&E. So, in an effort to remind myself in the future: This ride was spectacular. We went to places. We attained super high speeds on the descents. I felt right at home on the new bike UP and DOWN the hill. It was a 65* and sunny, zero humidity day. The trails were perfect North Mills / Pisgah. The window will only cost $126 to replace. The meth-head redneck sunnuvabitch that thought this was a good idea will get his. 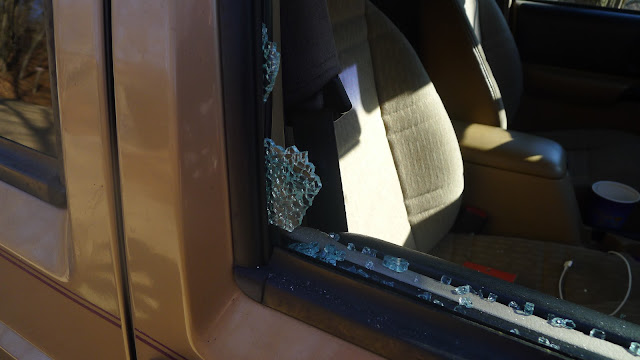 Yesterday afternoon I had some business to tend to. I dropped off the revised P36 permit applications at the Ranger Station and met up with Joe from Pura Vida to discuss sponsorship opportunities. Where is the best place to discuss such things? Why, on the trail. of course!
We started at the Ranger Station and our route for the day: 276->477->Clawhammer->Maxwell->Black. 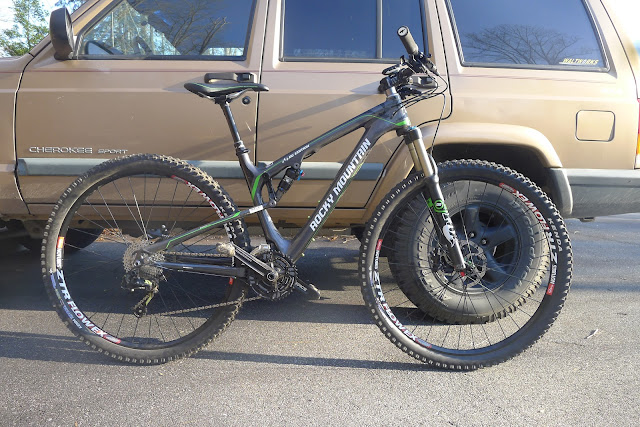 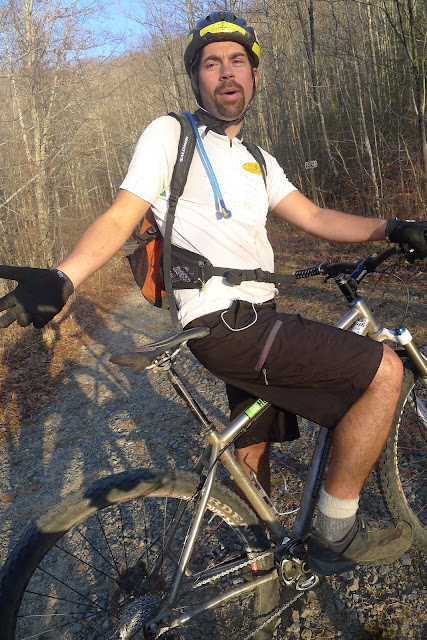 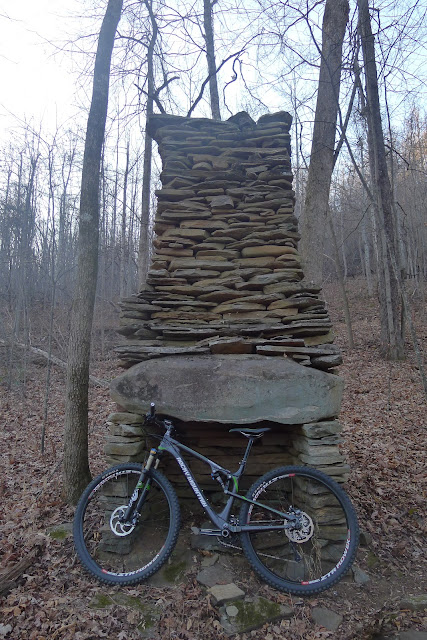 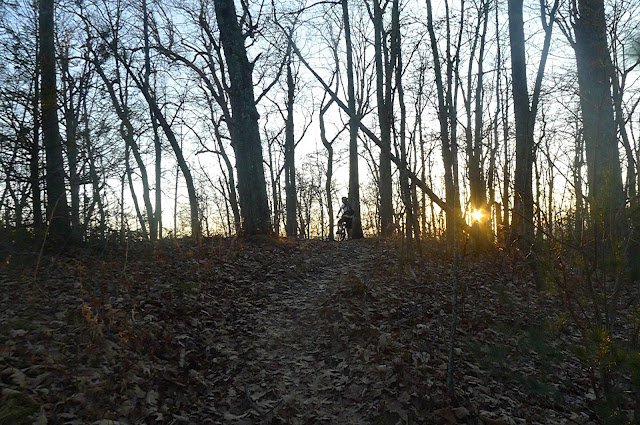 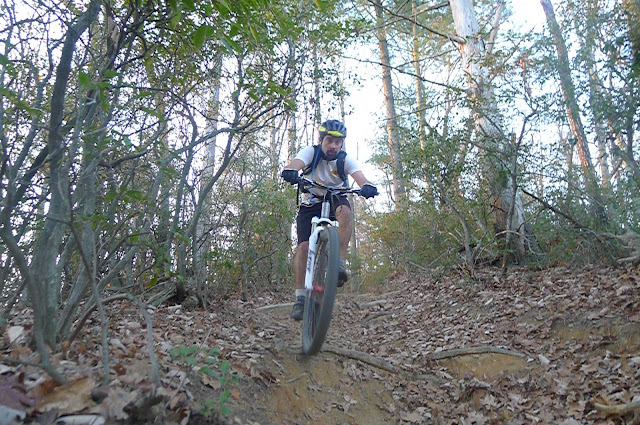 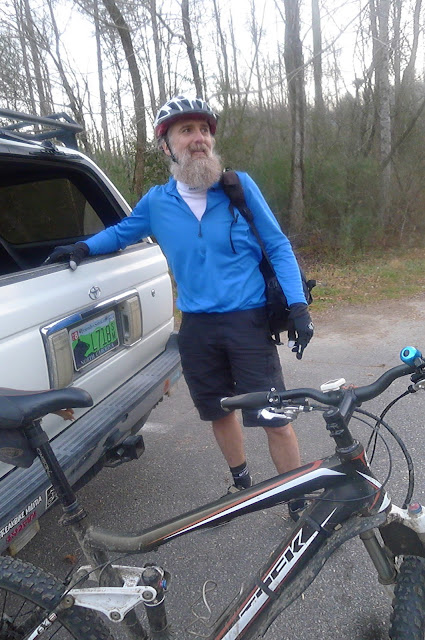