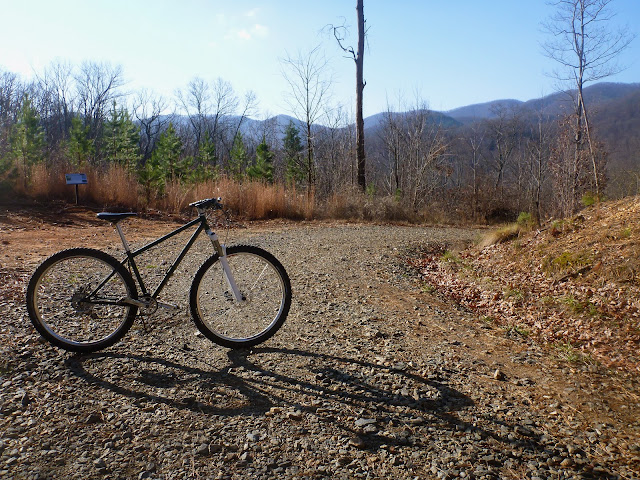 5 minute write up: Today I got out to Bent Creek for just under two hours of trails. I started at the new parking lot then up the gravel and then up to Sidehill. I took a quick break and a photo then continued up to 5 points. I cleaned all the way to the top on the 1x6 which felt good. Next was Tony Michaels to Green Slick. I took a quick breather there then this guy showed up: 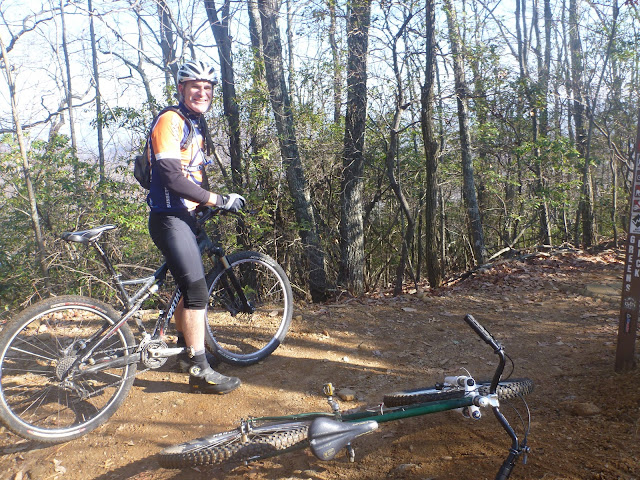 Bert from Saint Louis. He told me about his adventure trips and when I donned my Pisgah wool jersey he asked 'When you say Pisgah, where exactly do you mean?' We talked about the trails for a moment before hitting Greenslick. I was just able to drop him on the descent but he was at every checkup within SECONDS. It was a great run to the bottom and Bert was all smiles when we got there. The driod says I got going 24mph, it had to be on that trail. Next was Sidehill to Hickory Top. I took off ahead but was caught quick. We pressed on to 5 points in great time then descended Ingles Field etc. all the way to Rice Pinnacle. Bert led out that descent and hit the waterbar jumps at the bottom like a pro.  He also was taken by the spectacular sights along the way (hence the title of this post) and I gave him directions to Squirrel Gap before I had to take off. 11.9 miles, 3118' gain, 1:46 total time, 24.1 max, 8.0 avg moving. Great to meet you Bert.

Late edit: and of course, later that evening was the Warren Haynes XMas Jam... The show didn't end until 3AM!!! 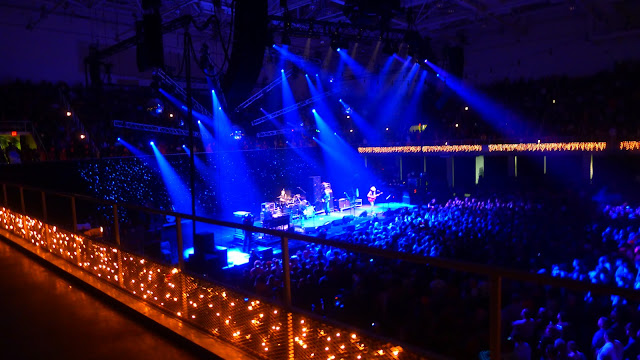 Posted by Eric Wever at 3:42 PM No comments: 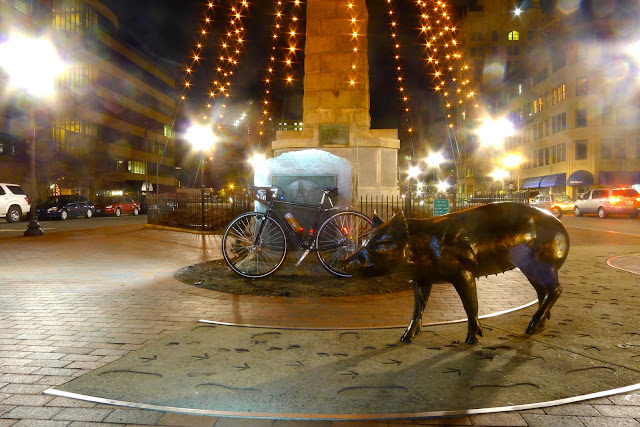 Last night a little after 6PM I was on the allroad bike and heading for Patton Mountain Road. Erinna had given me very good directions on how to get there (for some reason I had not learned) and I was also taking her advise: 'Take your time, have fun, be careful' and I was just putzing up the mountain. Well, that changed about half way up. I got the text I was half waiting for. Erinna and I suddenly had passes to get into the Warren Haynes X-Mas PreJam at the Orange Peel. I decided to continue with my original route idea though and made my way up to Town Mountain, up to the parkway, then down Webb Cove. The best part of the ride was that I did not stop once from the top of Town Mountain all the way back to West Asheville. I got every green light on Merrimon, WT Weaver, and Broadway. I big ringed up the river road and even up Waynesville Hill. The Droid died about half way through the ride so I don't have stats. I was out for just under two hours. Then we were on our way to the Peel where we caught Los Lobos, Gov't Mule, and Phil and Friends. Sweet! 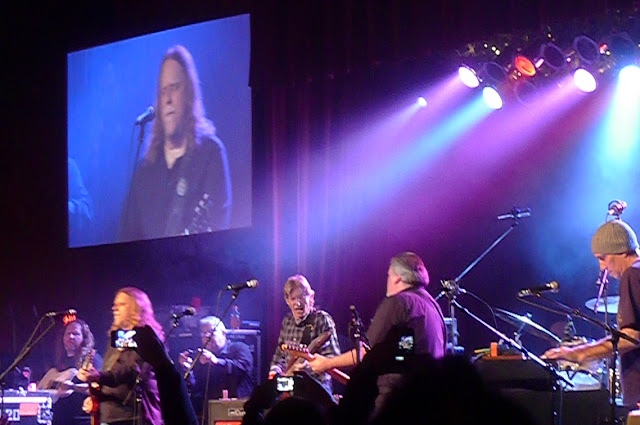 Posted by Eric Wever at 8:05 AM No comments: