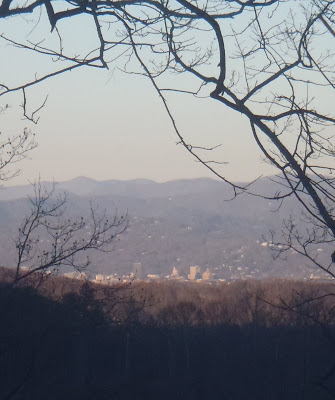 Zoe decided last night was the night to stay up all night and scream so at 6:15 this morning I called Mike B. and canceled the morning's 7AM rally plan. The day was then spent trying to keep Zoe awake so maybe she'll sleep tonight. Erinna let me off the hook for going to another one year old's birthday party so... I hit the trails for the first time in over a month. From the new parking lot at Bent Creek->gravel road->old sidehill now gravel road-> 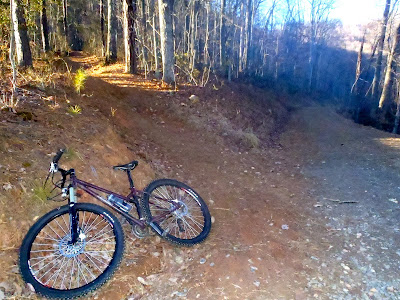 Ingles Field connector-> Ingles Field. The plan was to do the classic Betty Heinous loop but from the viewpoint of 5 points Tony Micheal's was covered in snow and ice.... and Little Hickory was not. So, Little Hickory->past the old Left Technical->Left onto the doubletrack whatever that's called->Left onto the gravel road-> climb past Ingles Field connector->back down the gravel to the new parking lot. I didn't have the Droid collecting data but I was out for less time than it took to listen to the current band crush's album all the way through. That was a fun and fast ride. I felt like I was on top of the gear from the first pedal to last.
Posted by Eric Wever at 6:01 PM No comments: