Last night I went on one of the best rides in recent memory. Mike B and I rallied at my house at 6PM and we met Jody F at Bent Creek Gap around 6:45.
The ride was just awesome. It started with a 20+mph average descent on 5000 then a great warm-up on Spencer. The guys got away from me in the steep field but I embraced the big ring and finally caught them a while later.
We took Spencer down from the gap and the sun was setting and Jody was F L Y I N G down the hill. It was everything I had to keep him close and after a root/rock lip/jump/drop I tore my front tire and went down. Nothing injured so, a quickish tube insertion later, I was rolling again.

Spencer took forever though because, after that flat, Jody broke a rear derailleur cable. A bit of fiddling took care of it but he was then lacking most of his rear gear range.
Next was the fireroad to more singletrack, we were looking to see if the ride was to continue or if the mechanicals would foil us. They did not. The ride continued.
The sunlight was almost non-existent by then but we stubbornly went forward with no lights. That was a good decision. Whoever was in front at the time was blindly leading the blind. We would call out: 'LOG!' thump...uuuugh.. 'HOLE!' and we picked our way up the trail as a single unit.
Then, on the old logging road with lights off, we started to see them.

Then down the super fast singletrack to (eventually) the reservoir. Jody, Mike, and I switched first, second, and third in line again and again (with lights on). It was a spectacular descent.
Once we were on the reservoir road it was pitchblack dark so turning the lights back off was tough. The solution? GRAVEL ROAD DANCE PARTY! Mike switched his light to a random strobe setting and Jody and I were lights-out. A mile of tripping out later was enough, lights on again.
At the parking lot we were all feeling good but didn't want to climb the singletrack back out. The road was calling us. I led out to start and suddenly a pace line started. I let Mike pull, then Jody took his turn, then I led out HARD, then Mike called my bluff, pulled around, and.... second gate....third gate.... false top... top. I need to check my GPS but it sure did feel like the fastest I've ever climbed 5000.
Oh, and beyond that basic description, today, I'm overwhelmed with that warm-fuzzy feeling from a great ride. There were so many funny things said that I can't remember, so many great moments on the trail that would be too hard to describe, and just the right amount of downtime enjoying nature, sounds, sights, smells, things so much greater than three guys on a mountain bike ride... that it was one of the best mountain bike rides in recent memory. Thanks for coming out, Mike and Jody! 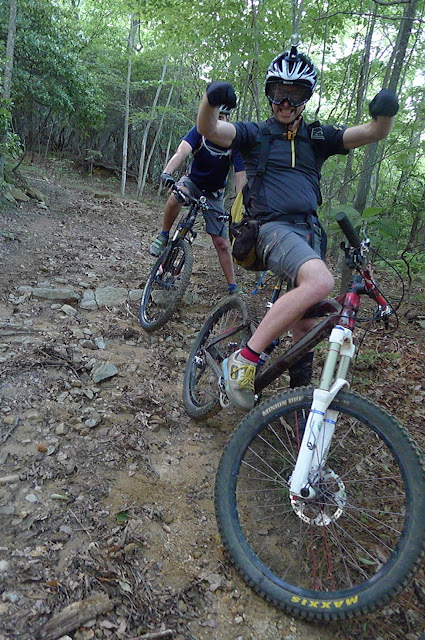 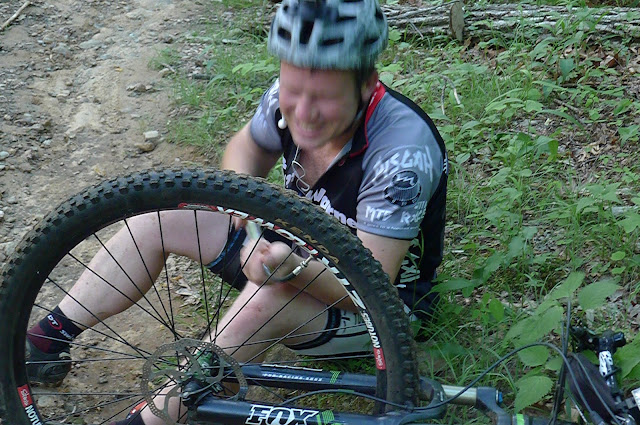 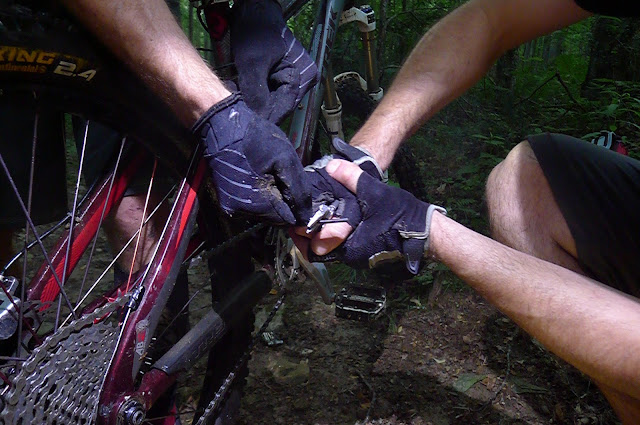 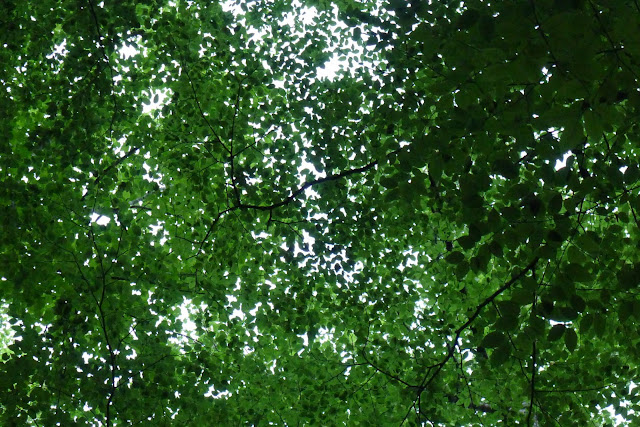 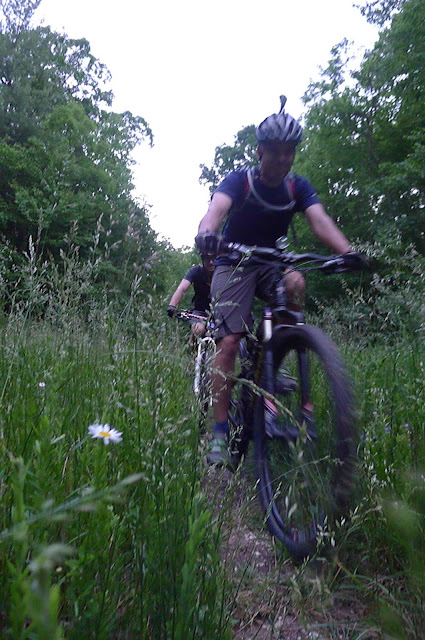 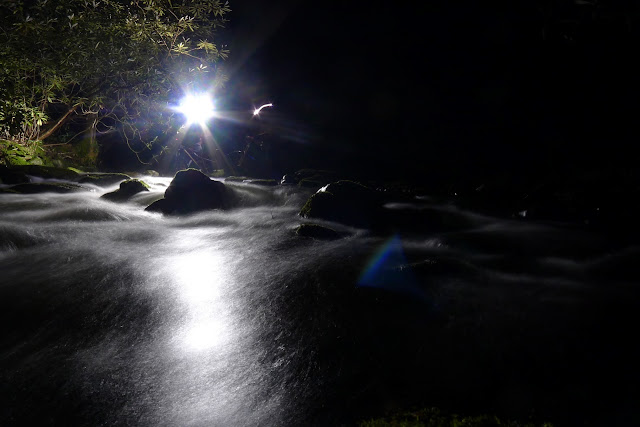 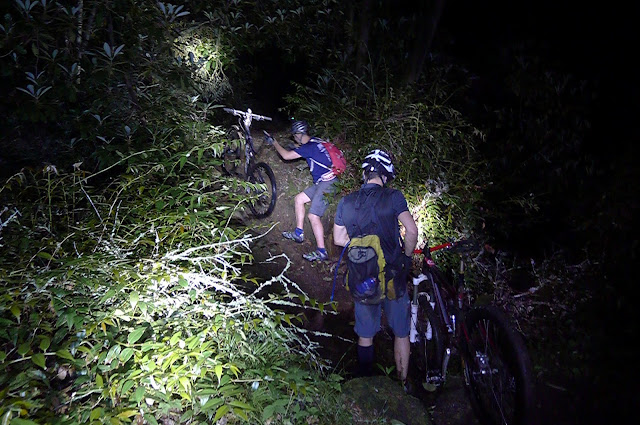 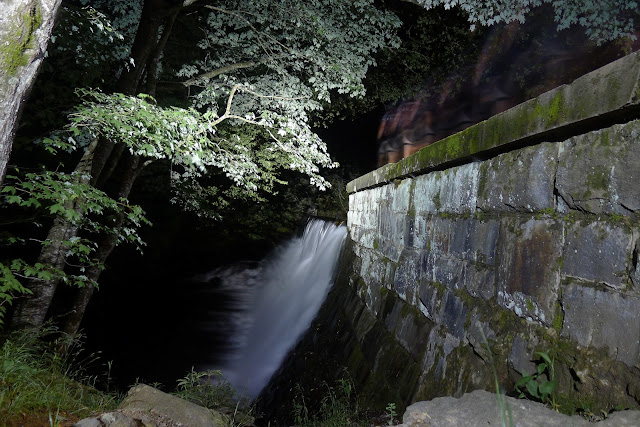 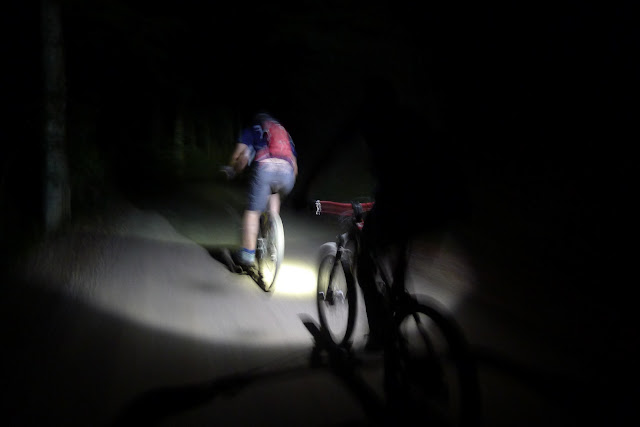 Posted by Eric Wever at 6:14 PM No comments: