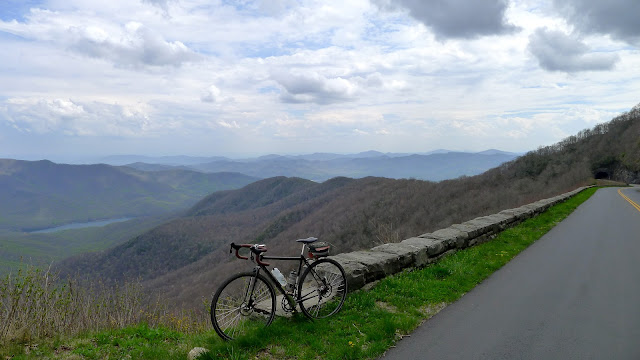 So, if you look closely at the photos from my last post you can deduce that I had a pretty bad crash. I've been dealing with badly bruised ribs, two sore shoulders, and making absolute sure that for sure I didn't have a concussion. The doctor told me to rest for two weeks and after that I could start running (pffft, yeah right) or otherwise start exercising. He also said to stay off the mountain bike for 30 days. Meh.
Today was day 15, it was a beautiful day with temps in the 70's and a 30% chance of thunderstorms (sounds more like late Spring than early) so I decided to get out for an 'easy' ride. Starting at Craven Gap at 1PM I did an out and back to the Craggy visitors center. 10+ miles of climbing (which took about 90 minutes with warmup and photo stops) followed by 10+ miles of descending (which took just over 20 minutes) back to the Jeep.
Ride notes: 1. After two weeks off the bike the first warm-up is about the hardest thing I know how to do. 2. I'm soooo looking forward to Erinna and I's 5th anniversary ride. 3. A plastic bag from the visitors center is an excellent alternative to a windproof vest. 4. I wish I still had some pain killers because sleeping tonight is going to be REALLY tough if the current pain in my ribs doesn't die down in the next couple of hours.  It wasn't the ride, it was putting my bike back on the roof during the thunderstorm that was upon me at the end that did it....
Photos! 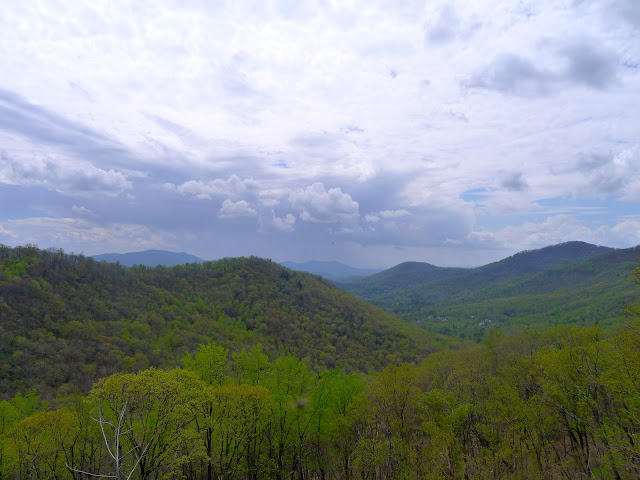 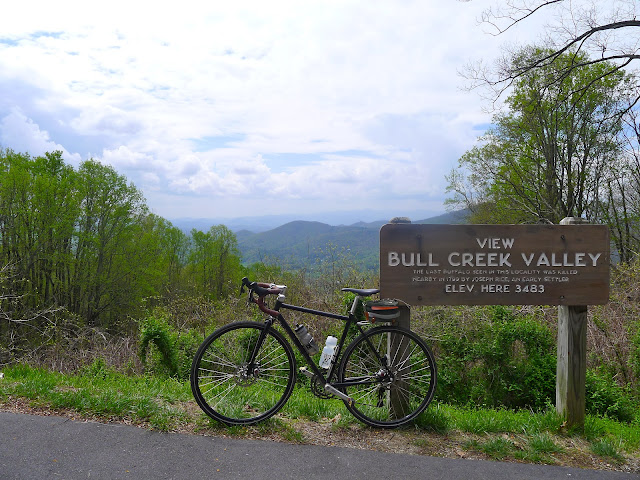 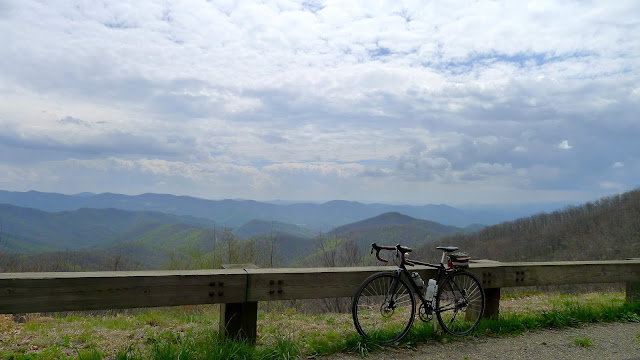 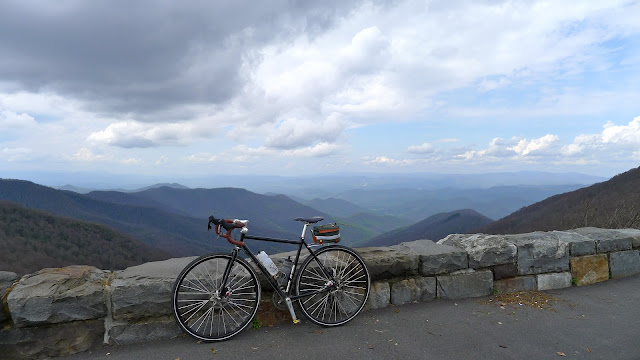 Posted by Eric Wever at 5:48 PM No comments: