I should have worn orange today... 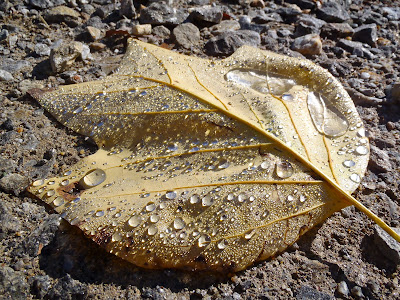 Remnants of a foggy morning.
There were hunters everywhere at Bent Creek. I got on the Green Machine at about 10:45 this morning at the new parking lot and was greeted by a group of men in orange right away. An interesting crew of cyclists were starting at the same time. Two guys on early nineties nice bikes and three ladies that didn't even know how to shift their gears. What was so interesting about that? They were actually hard to catch after I gave them about a three minute headstart! 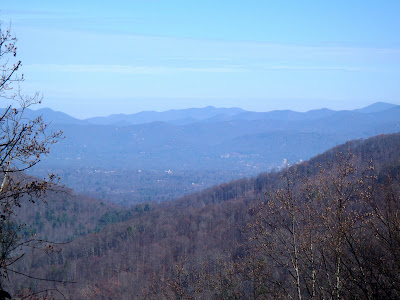 Asheville/Woodfin as seen from Bent Creek.

Anyway, I was warmed up and headed to Ingles Field-> Tony Michael's->Green's Lick. I would have never guessed, if you would have asked me back-in-the-day, that there would ever be a gravel road all the way to Betty Heinous. 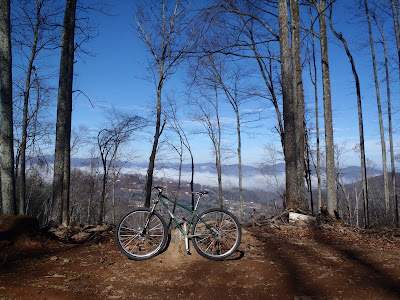 Fresh logging and new 'development'. The Green Machine at 5 points.

Well, now there just about is. I saw a second group of hunters after the ridge. Anyway, Betty er.. Green Slick was next I had a pinchflat right at the top of but took care of it pretty quickly. 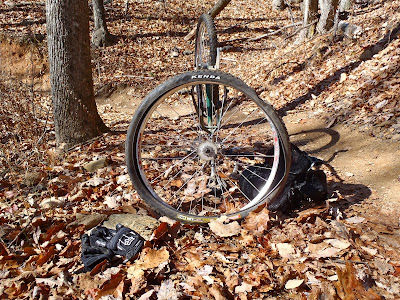 Flat on the downhill.

The descent was fun and fast but not over the top since I was by myself and trying to figure out if my brakes need work or not. I took it easy but was still surprised the climb up Sidehill was upon me already. Up Sidehill was not nearly as tough as I had anticipated. I saw a group of teenage hunters on Little Hickory. I sped through 5 points and onto Ingles Field where I was probably moving a little too fast->Gravel->Wolf Branch->Hardtimes Connector ->pavement finished the ride and I was back at the Jeep in about 90 minutes. Sorry for the quick summary, I've got a squirmy 10 month old in my lap!
Posted by Eric Wever / Pisgah Productions at 1:35 PM No comments: