If you see this little guy :

It's part of the reason I've switched from blog.com to blogger.com
I'll have all the photos replaced soon enough. Check back soon.

The new Pisgah Ranger has arrived. the Smoke guys conceived it. Walt nailed it. 29″ wheels, 5.3″ of front travel, clearance for a huge rear tire, sub 17″ chainstays, 2×9…. 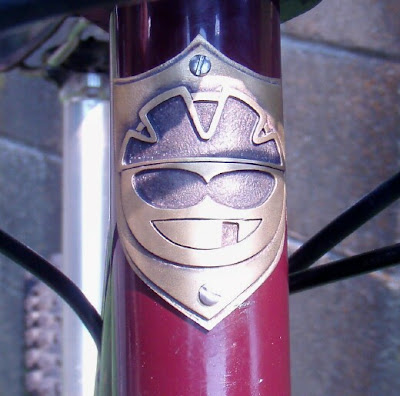 and seriously Gabe and Thad, if it wasn’t for you guys and the Pisgah Ranger I don’t think Walt would have taken this on. Thanks for taking me seriously.

The frame arrived Friday at 3pm and I had it built by 6pm. Saturday I went on a 25 minute ride, discovered a build issue, and landed on my head on my way back down the hill. I knew the SORBA trail crew was out there so when I ran across them I decide to hang out and put in a few hours of trail work. Afterwards I stopped by Pro-Bikes, fixed the build issue, then Erinna and I went to Dennis ‘Race Nazi’ H.’s 41st birthday party. babiesbabiesbabiesbabiesbeerbabiesbabiesbeaniesbabiesbabiesbeerbabiesbabiesbabies
I awoke this morning with one thing on my mind: Getting the Pisgah Ranger version 2.0 out on the trail. Sophiedog came with me so I started at 9am with the two mile gravel road climb from Bradley Creek to Laurel Mountain trail. Gravel early=No cars= No leash= Happy Sophie. Our route for the rest of the day: Laurel Mountain->Pilot Connector->Pilot Rock->down to 1206 to get water->NoName->Slate Rock/Pilot Cove Loop clockwise back to the Jeep. 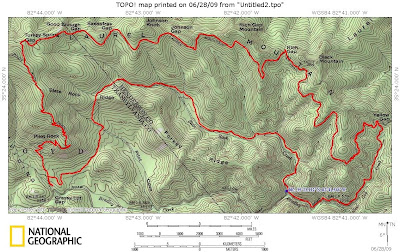 In my opinion Bradley Creek is a great place to start the Laurel Mountain+ loop. The climb back up to Yellow Gap is 2 miles. I’d rather do that first thing rather than at the end of a 15 mile ride. I was nice and warmed up by the time I hit Laurel Mountain trail. I’ve been on that trail probably more times than any other, anywhere. Perfect for testing the new sled. 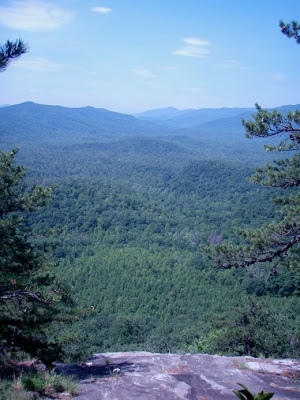 Speaking of the new bike, it was running great on it’s first ride over 25 minutes long. The wide bb took a little getting used to but as I had hoped the wider stance had no ill effect over the course of the ride and actually, I didn’t think about it once after the meeting log. South Mills River CP John and his friend Eric came riding up the trail as I was taking a breather so I hopped onto their wheels through the next few gaps. 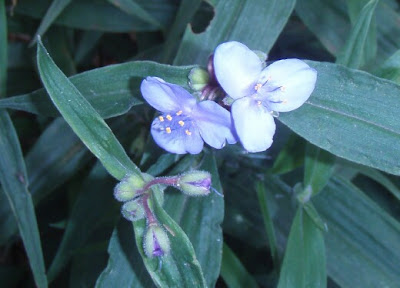 The PR2.0 climbs great. I was still in SS mode and was looking at steep ups with skepticism. After getting off the bike a couple of times I rediscovered this clever little gadget attached to my handlebars…. a front shifter! The big fork makes SS style ’stand and hammer’ efforts tough so having the granny gear for the opposite style of climbing… sit and spin, is a necessity.
Before John and Eric took off for Big Creek they were nice enough to share some water with me and Sophie. I swear I looked in my camlebak and it looked like I had enough water before the ride !

Anyway, Pilot Rock was next. Pilot drops about 2000 feet in about 2 miles. It’s covered in rocks and filled with switchbacks. The PR2.0 was designed with trails like this in mind and it performed beyond expectations. The shorter chainstays seem to help with picking up the front end and maintaining speed through switchbacks. I was also able to ‘pump’ the bike through corners and over little here to there lips better than the previous Waltworks.
more later.

Trace Ridge plus with DjD

Dennis D. and I got out there this afternoon for a great after-work ride. We started at NMRC->5000->Spencer->Trace->Lower Trace->North Mills River->Yellow Gap Loop->gravel->1206 back to NMRC.

The ride started with a fast paced climb all the way to Spencer. It was hot (well, Asheville hot) in the mid 80’s with what felt like 100% humidity. The climb up Spencer was hard as hell and I didn’t even attempt the steep up through the field. DjD was feeling the effects of the heat and humidity, too. He declared today as his hottest ride yet (remember folks, he’s only been at this for a year….) We made great time to Trace and didn’t take a break until the top of the hill on Trace.

Next was the reason we were there, the Trace downhill. The rain has taken a major toll on the tread though and the normal high-speed-with-little-attention-needed downhill has been replaced with a rutted out mess. After the little up the trail was in better shape and high speeds were attained. We popped out in the parking lot and lower Trace followed. That section is also in baaaaad shape from the rains. A few wheelie drops, 45* off cambers, and a bunch of plop! oooomph! ting! shhhwtt! and Oh No!’s later… I was waiting for DjD…. it was taking too long…. and yes, he came walking down after taking quite the header.

This dude amazes me though. I said, hey, next time we should take this trail that way and goo over…. and before I was done he said ‘Let’s do it!’. So off we went on an exploration. I knew where it went but I hadn’t beem back there in years so I, you know, didn’t know EXACTLY where the turns were… and at one point I had to *gasp* break out the map! Anyway, after three or four river crossings I found our Left and we climbed the old road bed up to the gravel. It was beautiful back there.

The rain started as we descended to 1206 and as we turned and heaed back to the cars we both noted that that gravel road would be a b!tch to climb….
Great ride Dennis. Thanks for getting me out there.

Oh hey! I guess I'll post this too, I went to Bonnaroo last weekend. Woooooo! 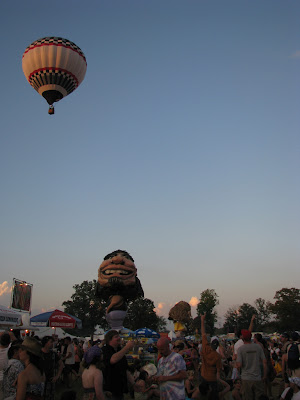 Mike B., Maximum Overdrive the dog, Sophiedog, and I got out yesterday for a challenging Pisgah loop: Starting at the Turkey Pen Parking Lot->South Mills River Trail->Squirrel Gap trail->Mullinax->SMR->66 jumps.

We crossed the river many many times….

Sophie wasn’t so sure about our route choice:

But soon she understood the direction we were heading. Across the river again.

It was wet, hot, and humid yesterday. Perfect weather says this fungal growth:

Mike ’soaking’ in the beauty of it all:

and keeping the rubber side down on one of the calmer sections of SMR trail:

but wait! There were still more river crossings before we reached Squirrel Gap trail:

Mike shot this vid of me crossing Cantrell Creek on Squirrel Gap trail:

As Mike and I were discussing his malfunctioning fork a rider came up with this cool tattoo:

If there is riding in heaven…

…. it probably looks a lot like today’s ride. Heartbreaker with Ian B. and Mike B. We started by heading a new (for me) way up, the Adventure trail through Ridgecrest then Rattlesnake->Old Toll->Heartbreak->Old 70 back to the vehicles. 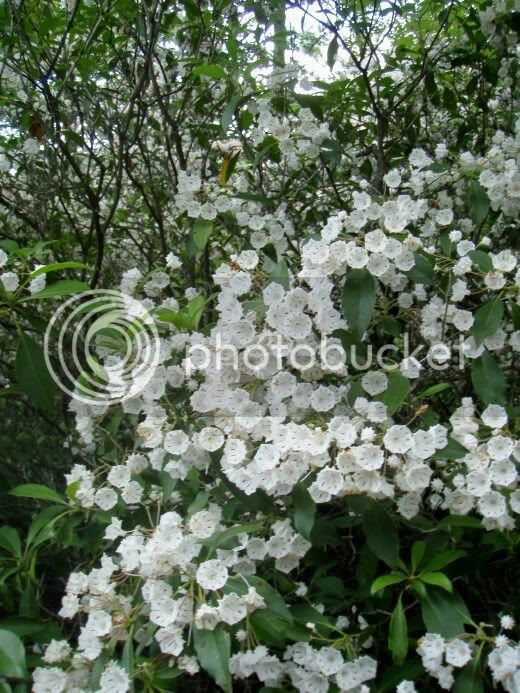 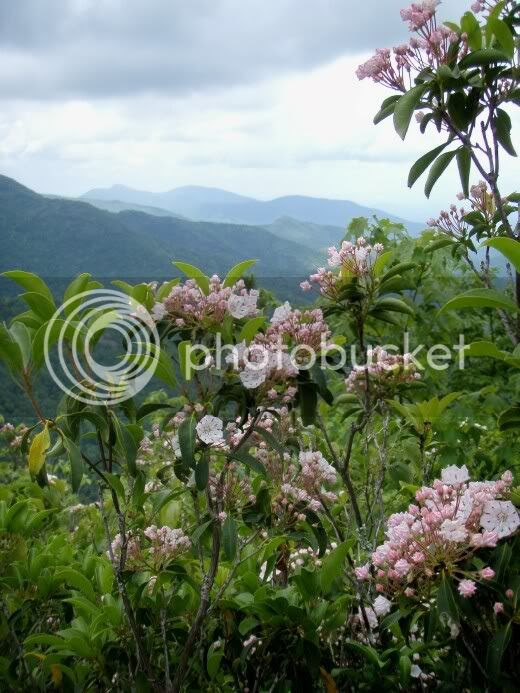 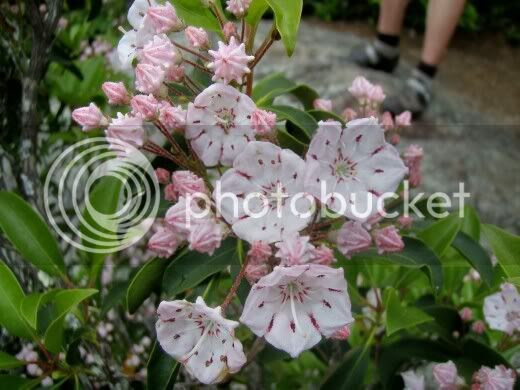 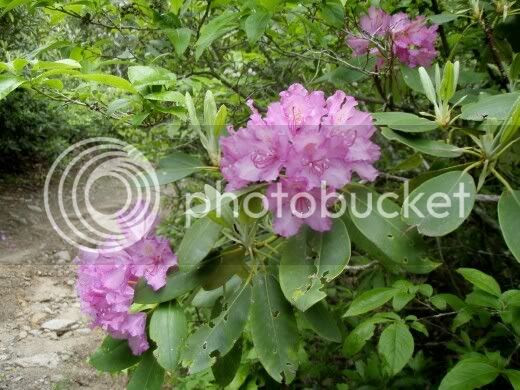 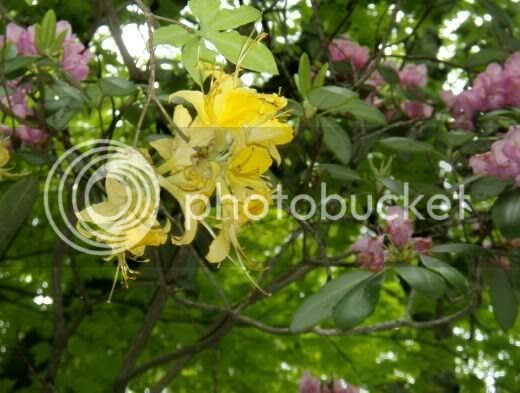 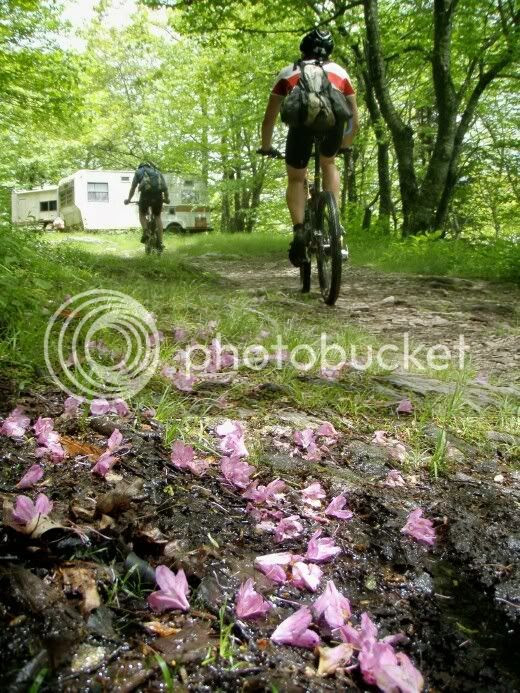 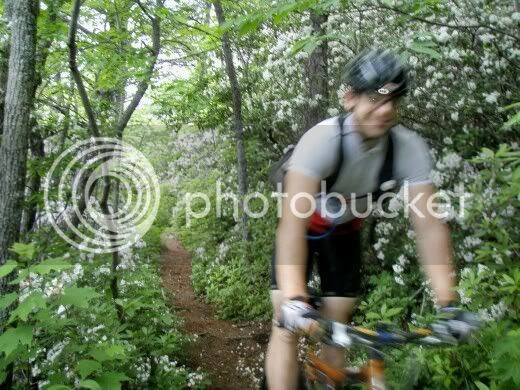 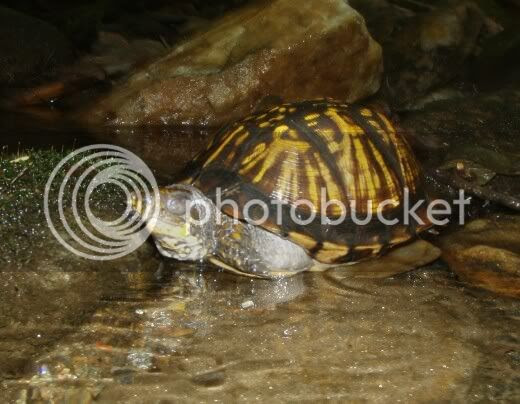 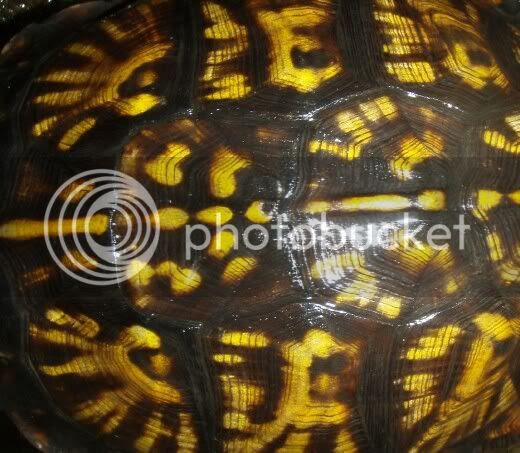 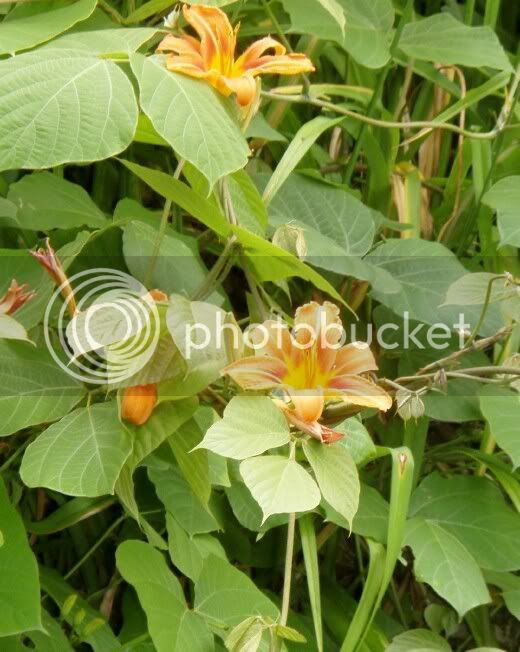