'It would be less humid if it was raining'

I got out this morning with Mike B. for an out and back on Heartbreak Ridge. The weather was not the best... Mid 80's with humidity that made it feel like the earth was actively steaming. It was like riding in a sauna.
I led out the climb and was feeling excellent until Star Gap. My heartrate had gone through the roof, I was too hot, and I guess I am still dehydrated and had gone out too hard. Mike was ready to pass at the gap, took off, and I could not respond.
The climb after Star was memorable because we ascended into a cloud. The lower overlook was a foggy whiteout. The short descent reminded me to not be careless regarding sight distance. It was pea soup thick with visibility at way less than 100 feet. We picked our way up the super technical sections and I would catch glimpses of Mike just as he was rounding the next corner.. and I could feel a bit of fatigue setting in.
When we had gained enough elevation the cloud that was settled on top of us finally let go of its rain and the cooling effect was an excellent boost... but by the time we made it to the upper overlook I was ready to turn back around. It was then very wet. My skin was cold but my core was still very hot. I was not looking for another 20 minutes of very hard climbing right then.
Mike took the lead for the descent with Maximus Supremous following. I wish I had a video of what came next. High speed descending on Heartbreak following Mike and Max the dog. Mike was feeling good and the little white dog was so fast it was absolutely amazing. He just hung onto Mike's wheel. He would bank around the corners and, to my eyes, it looked like the dog was nearly horizontal to the ground in the turns. So fast. So awesome.
It took just under 90 minutes (including stops) to get to the top and less than 30 minutes to get back down. There really are only a handful of things that I think are better than a good ride in Pisgah and today, we managed to have a good ride in Pisgah.
Thanks for getting out on a Friday, Mike! 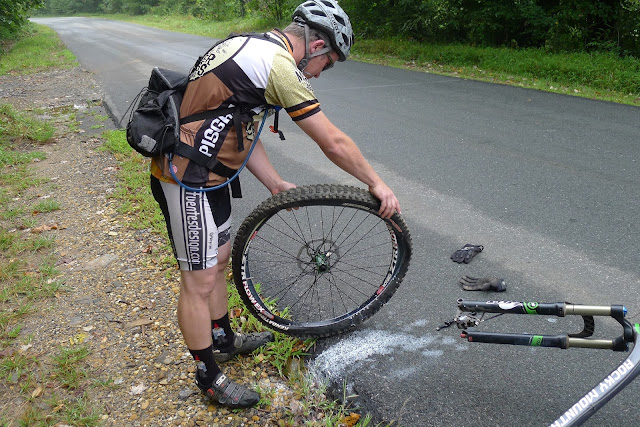 Just before the start: BANG! Stansposion! I need a new pressure gauge on my floor pump. 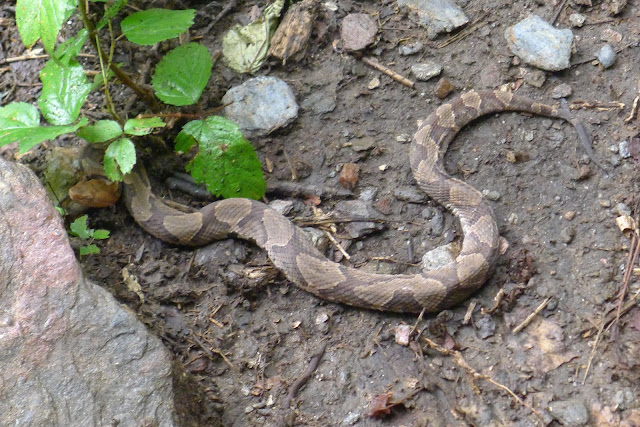 Huh. I had always wondered why they were called 'copper'heads. Now I know. I hadn't noticed before. 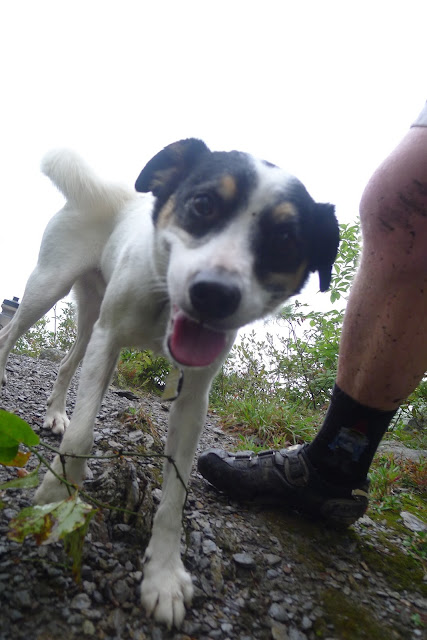 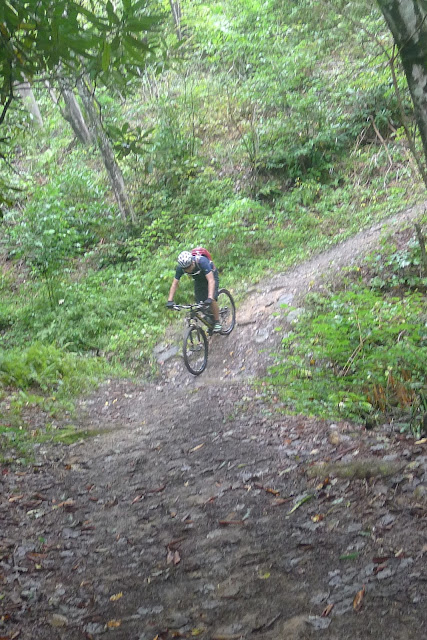 Mike B. at the bottom of Heartbreak. I had just realized I hadn't taken a single ride shot. This will do. 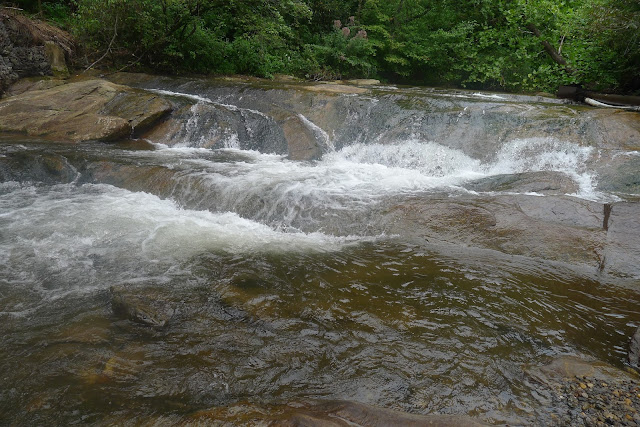 We stopped at the creek and cooled off, cleaned off, and relaxed for just long enough, afterwards.