Who ARE we right now? 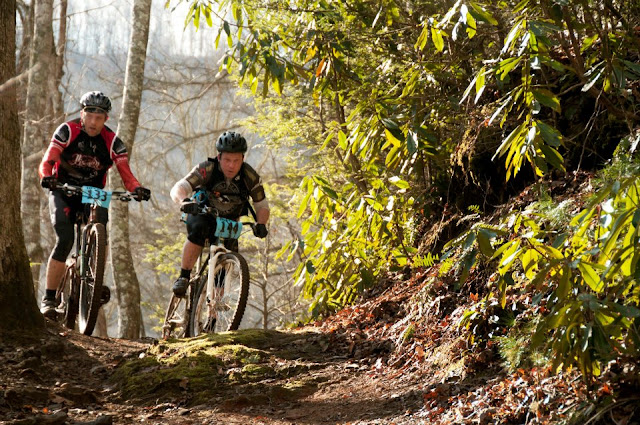 photo credit: Brado
Icycle 2012. What can I say? The Icycle is officially the one event that I've been to more than any other (strictly as a participant). I think my first time up there was in '98 or '99 back when Claude and Jason ran things. The Icycle is best described as a midwinter party where a race breaks out every now and again. Cross Country during the day and downhill race at night. I arrived at Fontana at 9:30AM and settled into my room then rode over to the rec center and for some reason or another signed up for both the cross country and downhill races. My first cross country race in 10 years started at 11AM and it took just over 90 minutes for me to complete the three laps. I don't know how I did but I felt great so that's all that really matters. Well, I only lost one place during the first lap and two during the third and I made hairball passes on the downhill every time.
The 'special test' at Icycle is then to not start partying too hard before the downhill race starts at dark:30. Hanging with Shrimper and his bugle at the bottom of the downhill during the expert/SS race made that test especially hard, too. I tore myself away from the constant laughs and Mike R., Jody F., Tomato, and I were on the shuttle truck by 2PM to start our practice runs. The first few times chasing Mike down the hill were maybe the fastest I've ever dropped the Turkey Chute. We were on fire. My first run in the lead was punctuated by a spectacular high speed crash by yours truly. Mike was obviously very surprised and relieved that I wasn't injured. I figure I got in a total of 15 or so runs down the .5 mile 500' drop course before my 'light test' run and my one timed run. By the time my start came around it was cold as hell and I was a bit fatigued by the day's events so I didn't try to be a hero, I just rode the course one more time. I don't know my place but if I recall correctly my timed run came in at 1:48.
Then, everything became a bit blurry. Icycle. Too many funny moments to try to recall. Too many good friends to try to list. Oh, and bike racing. You should be there next year. 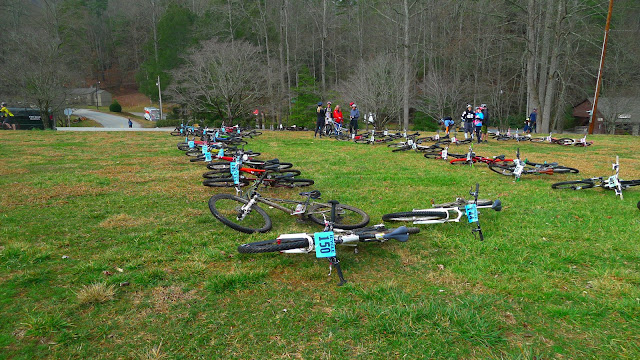 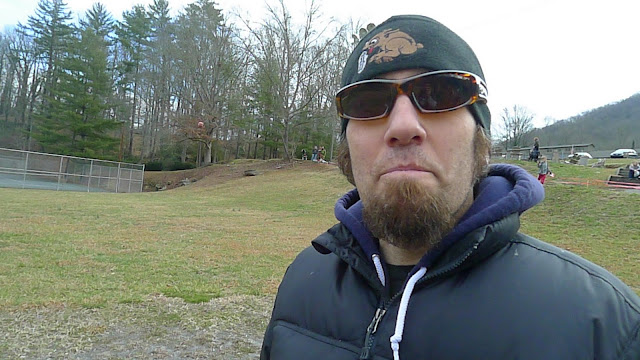 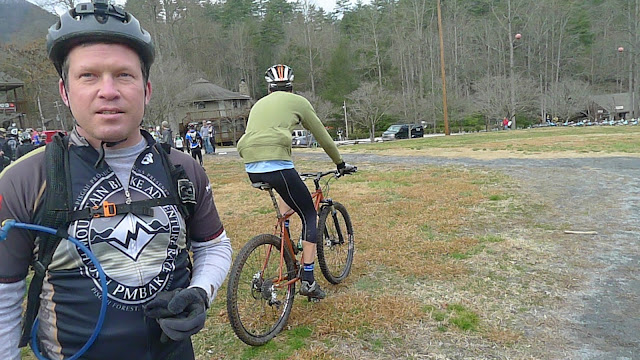 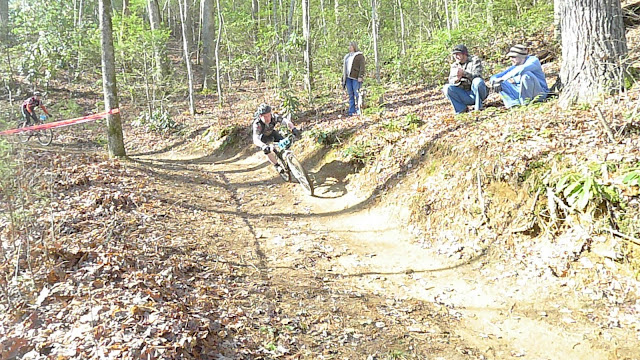 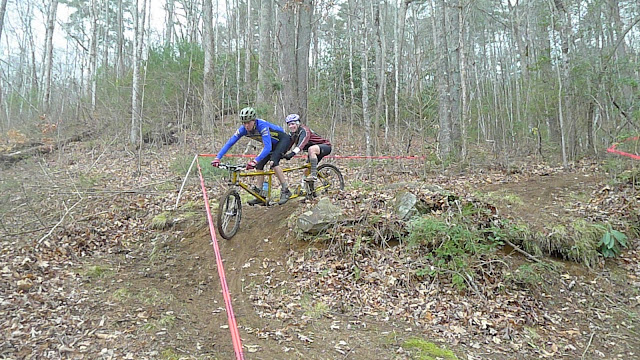 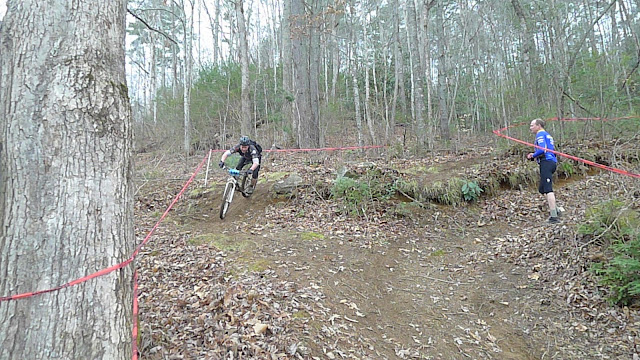 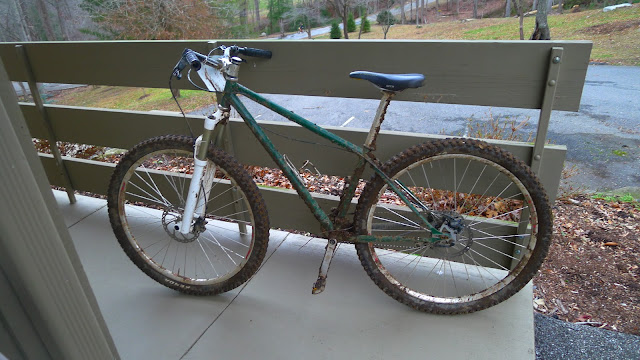 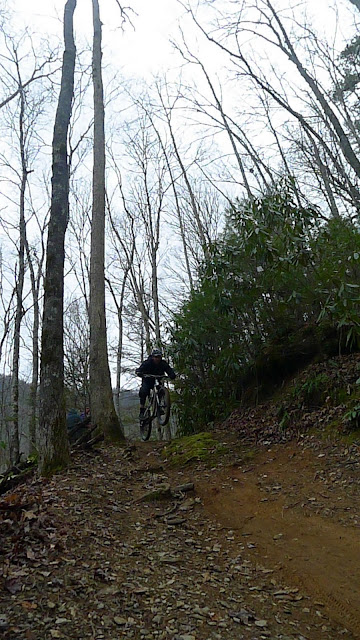 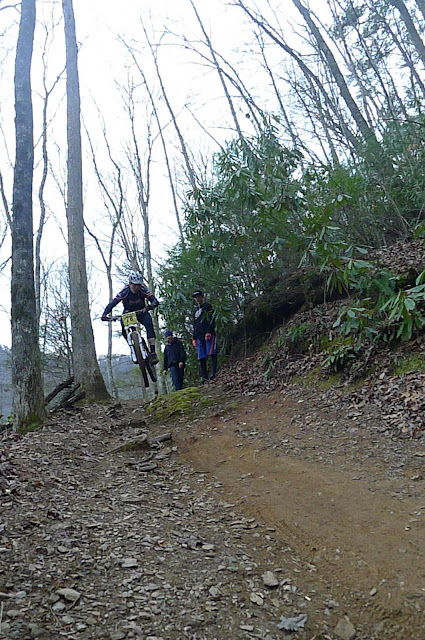 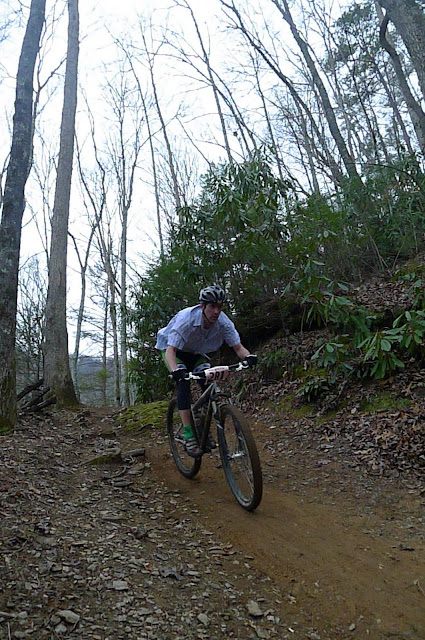 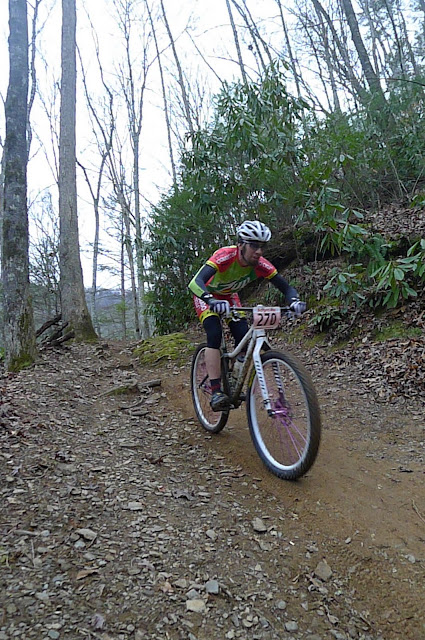 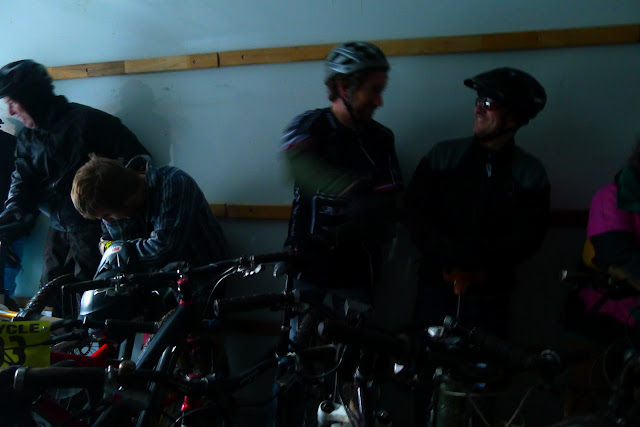 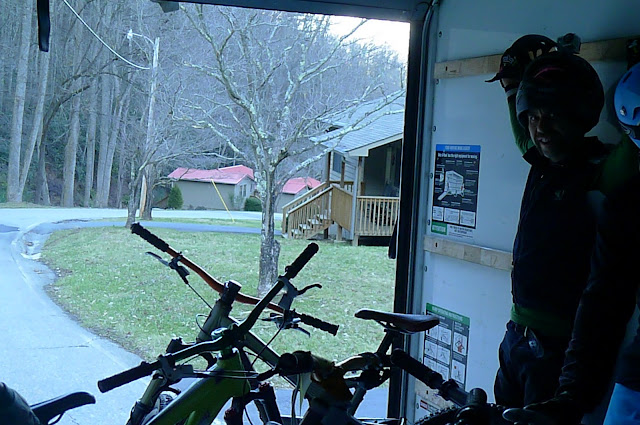 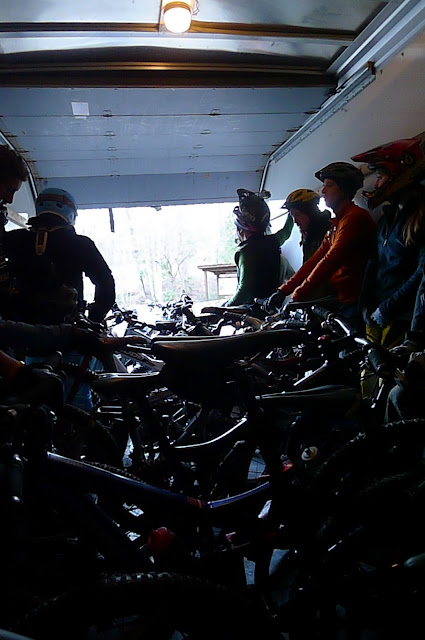 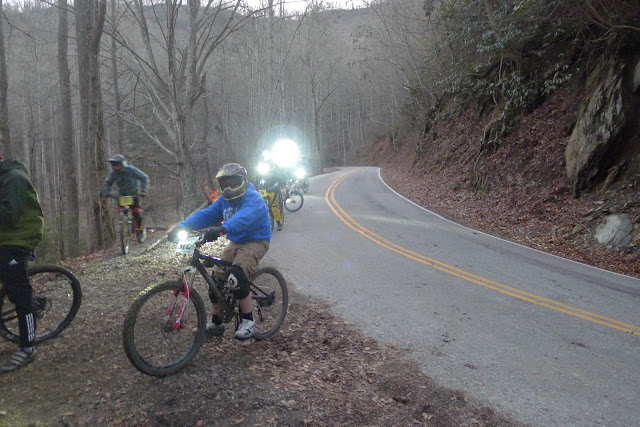 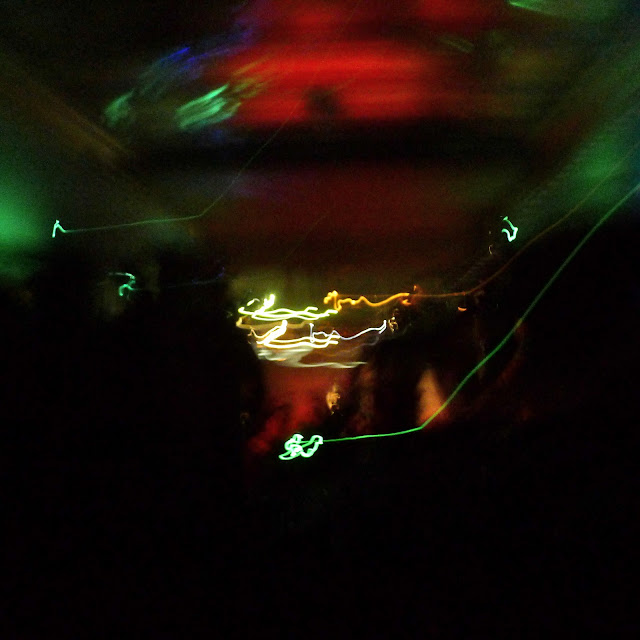 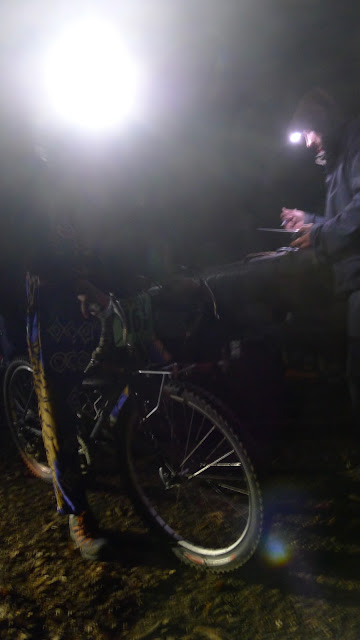 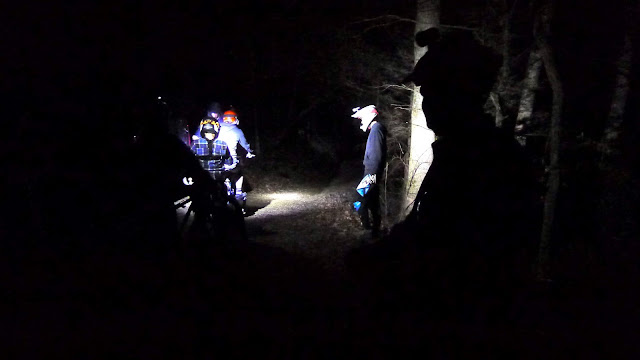 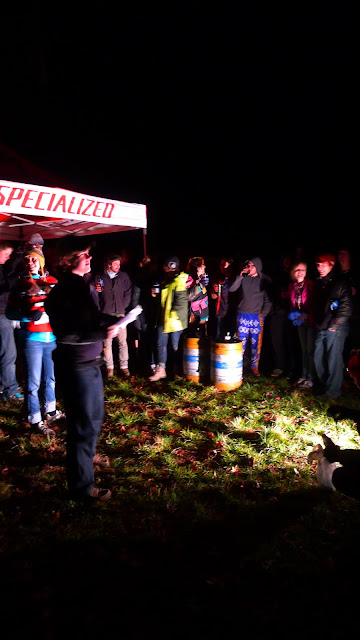 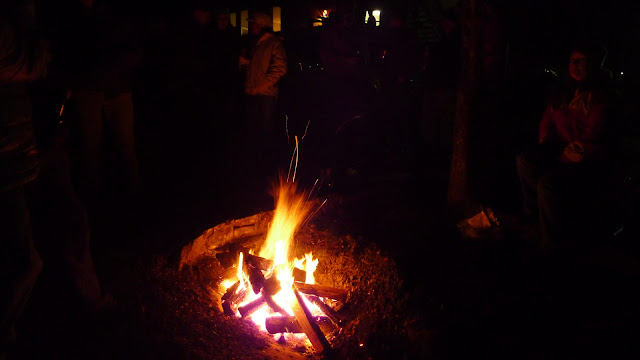 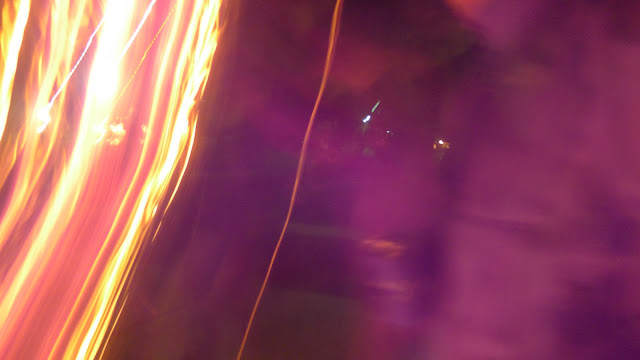