Ian 'The Pony' L. and I got out for a memorable ride yesterday. Ian is just getting back into the swing of weekly riding but we had a big ride planned for the day, nonetheless. From PMBAR start/finish->276->477->Avery->Buckhorn->Clawhammer->Black->Thrift.
We rallied late in the day and were on the bikes right at 3:00pm. It was a beautiful day with temps in the high 60's-low 70's, very low humidity and alternating cloudy and bright blue skies.
Ian led out for the warm-up up 276->477 and the pace was excellent. He was trying hard to balance riding hard and not blowing up too early. I took the lead once we hit the singletrack. The last couple times I had been in the Avery->Buckhorn area I have gotten turned around a little, so my goal was to navigate through there with no problems. I have no idea why it has been a challenge in the past (night riding maybe?) but we were on our way with no problems. Well, until we were walking down the log/root steps to the creek at the intersection. 30 minutes into the ride I was hit first. Bees? Then BAM! BAM! hit again. I yelled out BEEEEES!!!! Bees! Bees! and heard Ian making noises like he was being stabbed repeatedly. I hesitated slightly at the bridge over the creek and Ian nearly ran me over. I dropped my bike in the creek and almost left it rather than getting stung again. I grabbed the bike and we stopped running about 25 feet past the creek. DAMMIT! AAAAAAGH! Then they were there. They had chased us and we were getting hit again and again. We ran about 100 more feet and stopped. There was one still on my sock digging into my ankle. Another under my helmet strap at the base of my skull. Another on. my. neck. still just pulsing venom into my jugular...
I was hit a total of 9 times. Ian had twice that, including one on his temple.
If there had been an easy way out of the woods right then I think we would have both taken it... but there was not.
Up Buckhorn to Clawhammer was next and we took a long break at Clawhammer. We both noted how crazy a buzz Adrenaline come-down and multiple bee stings creates.
Stings aside we decided to continue with the original ride plan. A while later we were at Buckhorn Gap and ready to tackle Black.
It has been a couple years since Ian had been on Black and he had forgotten how steep it can get and he did not know how blown out it is on the downhills.
We stopped at the overlooks and picked our way down the mountain as fast as possible. Ian has not forgotten how to ride a bike downhill, that's for certain. He was only a couple minutes back at each check-up.
Daylight was fading fast by the time we got to Pressley Gap but there was no way we were taking gravel back to the car. Matter of fact, we even took Thrift at the end despite very weird lighting conditions by then.
We were back at the Jeep in just over 4 hours total time out.
Today my neck, base of skull, left hand, left arm, right thigh, and both ankles are swollen and itchy. F'n stingy bugs! 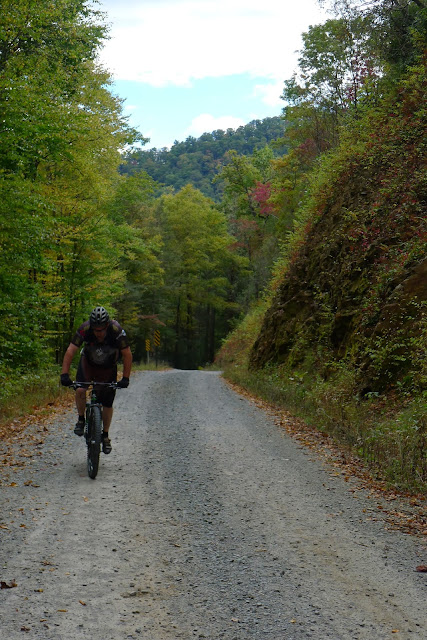 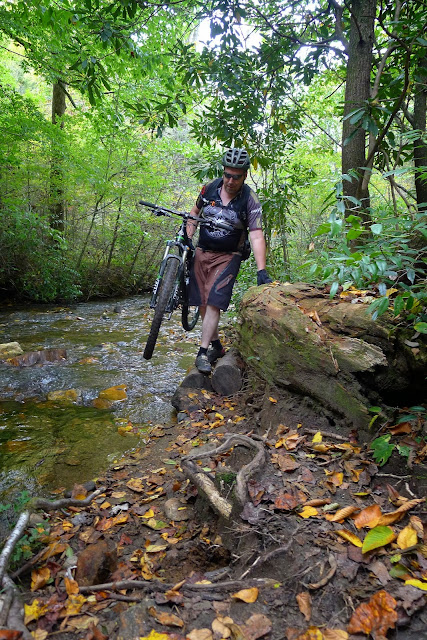 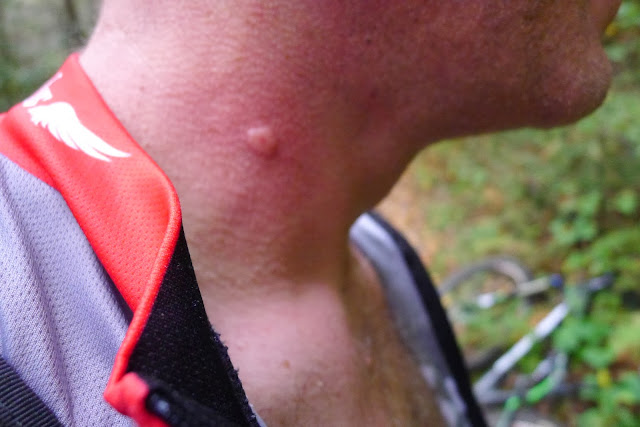 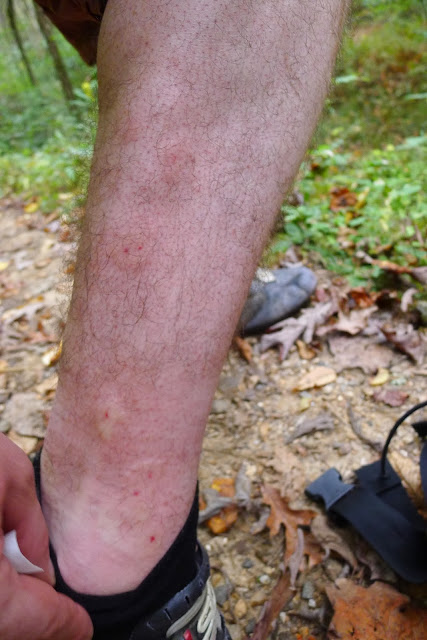 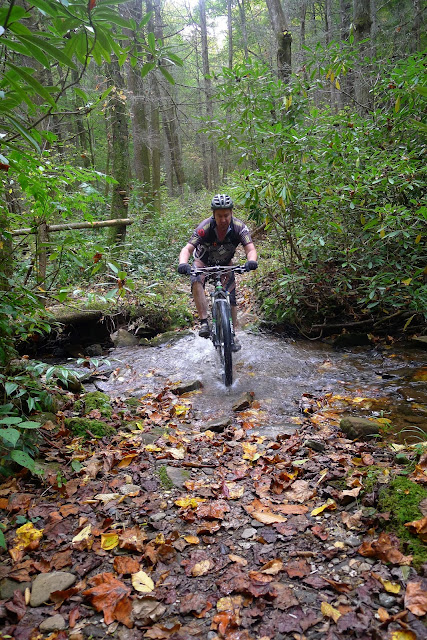 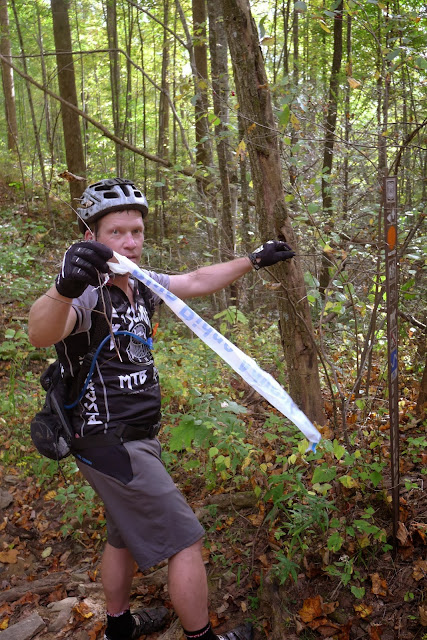 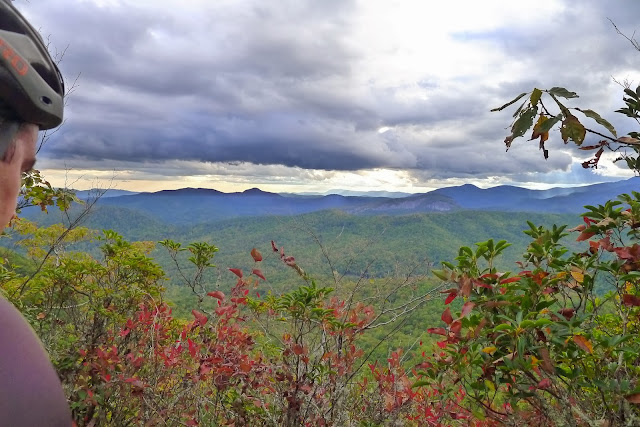 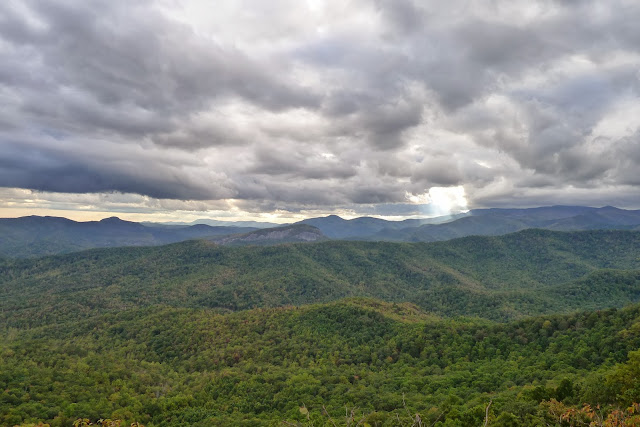 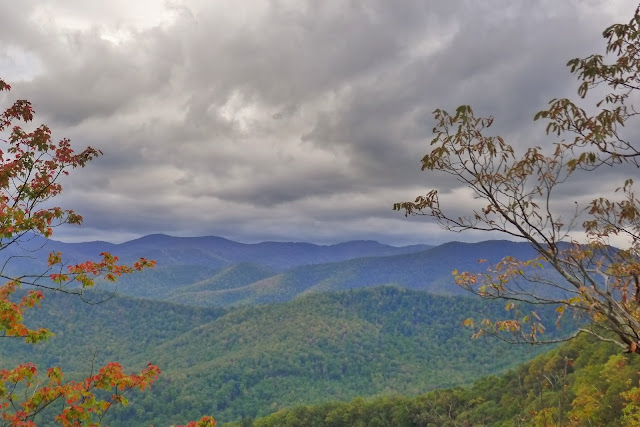 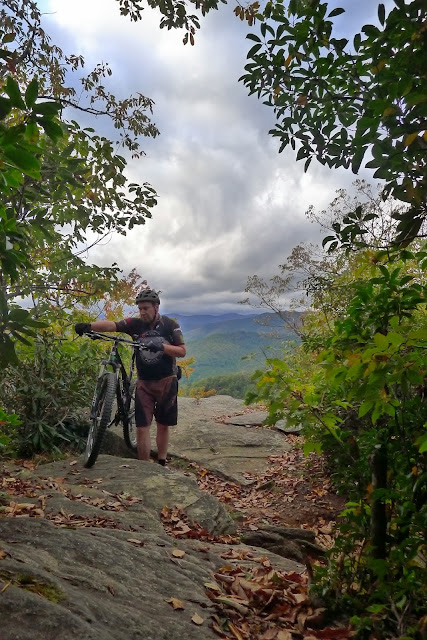 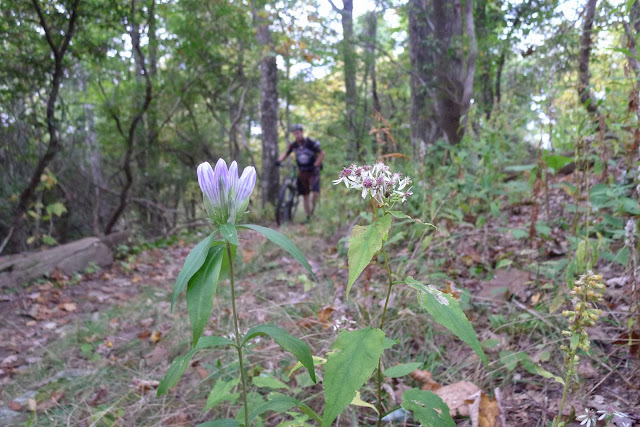 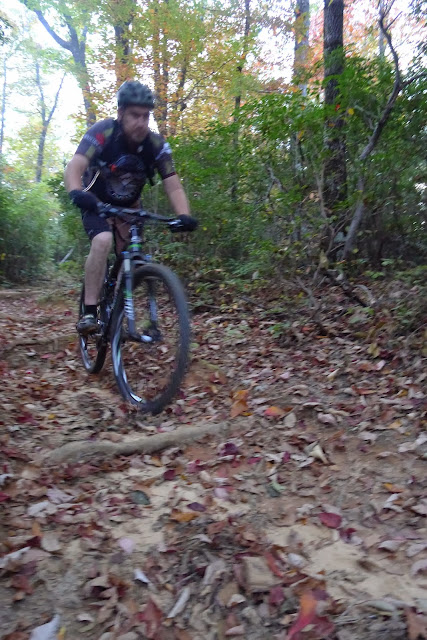