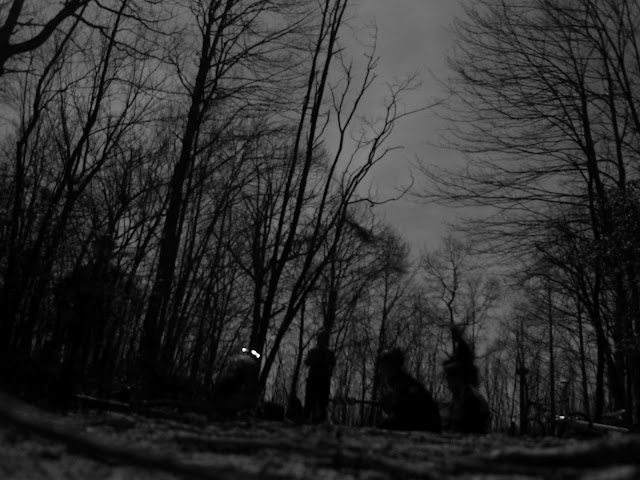 Last night I got out for another of the weekly Tuesday Night Dinner Club rides. I arrived at the Fish Hatchery right at 7PM and after waiting for the others to arrive and pulling ourselves away from just hanging out in a parking lot we were on the bikes right at 8. 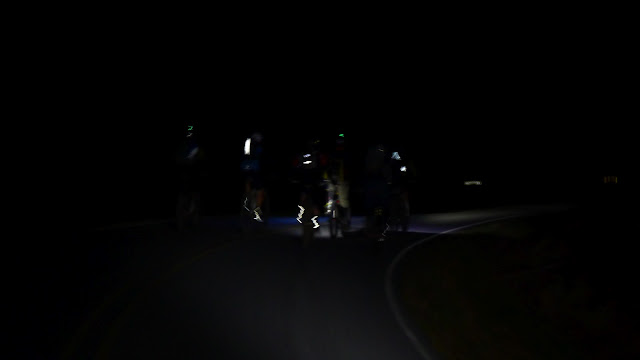 We started with Davidson River to Cove Creek and the pace was steady and fast right to start. Than, Mike R., and I were off the back but only by a minute or so by the time we rendezvoused with the others at the short cut. I suggested taking that over to 225 partly to shorted the route a touch and partly to stay off the gravel, the temps were falling very quickly.
The climb up 225 went on longer than I had remembered it should but my mind was wandering and I was thinking mostly about a ride I did a year or so ago with a friend that is now gone.
We took a nice long breather at the Daniel connector 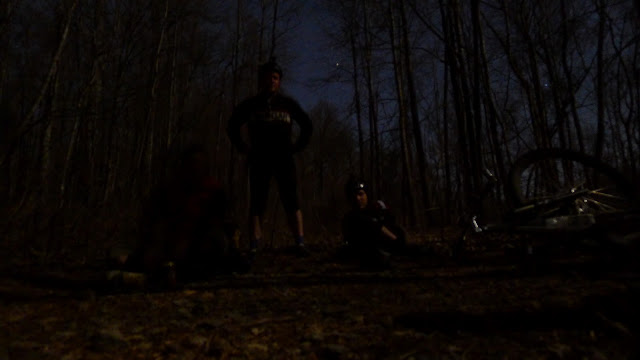 and after the decision was made to go RIGHT onto Daniel we were off like we were racing or something. With Mr Goggles in the lead and Mike R and me in tow we made quick work of the trail all the way to the steps. Mr Goggles was on fire though and made us work to keep him in sight. Mike B and I had a good laugh about a ride we were both on YEARS ago once we were on the flats and we were all at the bridge in great time. 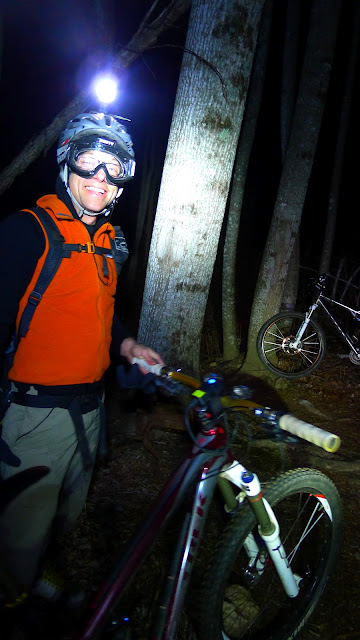 My hands were painfully cold at that point but luckily for me Mike B was well over prepared and had an extra set of gloves for me. That sealed my fate for the night, I was headed up to Gloucester with everyone else. I had contemplated turning back there partly because of the cold and partly because I've been pretty ill lately. The antibiotics were making me a bit nauseous. Well, the climb up to Gloucester wasn't bad at all. Dennis and Zach were off the front but otherwise the other 6 of us moseyed up with lights off and mouths running.
It was a beautiful night to be on the bike. Cold, but beautiful. The moon was nearly full, the sky was clear, and the temp had fallen to the high 30's. After another break at the Gap we turned onto Cathy's Creek road and made our way to 471D. Along the way we were sucked into a wormhole and spit out the other side, right at the turn. I'll never forget that experience and that's all I'll say about that. 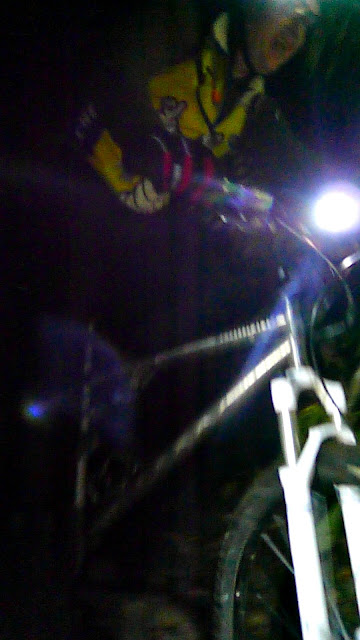 To end the ride we had the climb up 471D then the descent down Butter. Butter is outrageously fun, especially when chasing Mr Goggles. I tried my hardest to hold his wheel, even cussing along the way 'Muthafucka you WILL not drop me' and I nearly ate trail a couple of times but as we came cruising into the intersection at the bottom it was all I could do to contain myself. THAT was mountain biking at it's very finest. Great company, great trails, great weather, great machines, great night. Thanks for getting out there everyone. 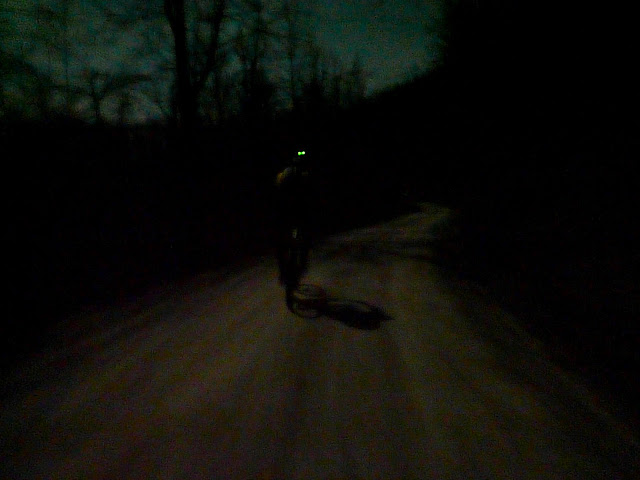