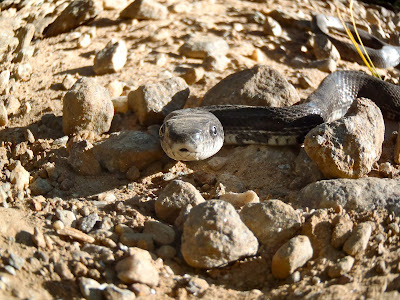 Yesterday I had the bright idea of starting at North Mills River Campground for a super-huge gravel/pavement loop but moments after I started I was wondering if I was going to be able to finish. My legs were dead and not waking up. The climb up FS5000 started the ride and by the top I had already eaten my snickers and half a ProBar. Hmmm, maybe the calories would wake up those unresponsive appendages? 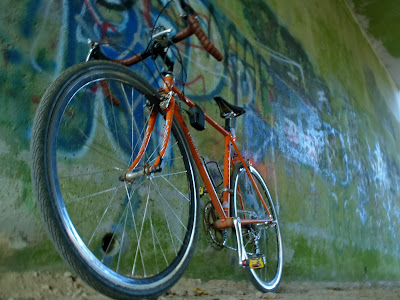 I turned onto the parkway headed South towards Mt.Pisgah and points beyond. Well, no-go, it was all I could do to keep out of the granniest of gears and push forward. It was a gorgeous evening with temps in the high 60's and blindingly clear skies. The trees are all just starting to turn and there was high volume of traffic to accompany the views. I wondered if drivers could even see my rear blinkie since I was riding directly into the setting sun. As the overlooks started to click by I stopped at nearly every one for a rest and photo 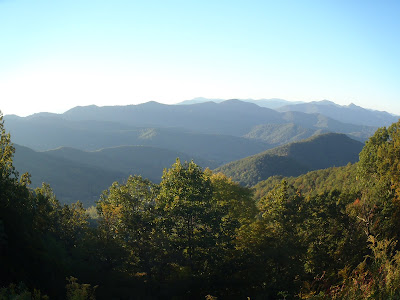 and took a look at the time just often enough to know I was WAY behind my normal pace for climbing the parkway. I stopped probably a dozen times before finally arriving at Buck Springs where my decision was made, I was heading back to the Jeep the way I came. I was done climbing. 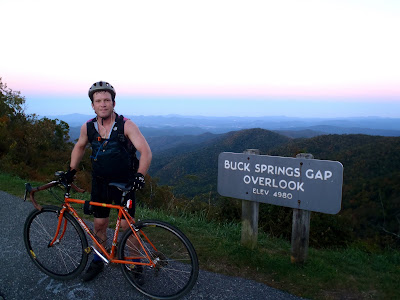 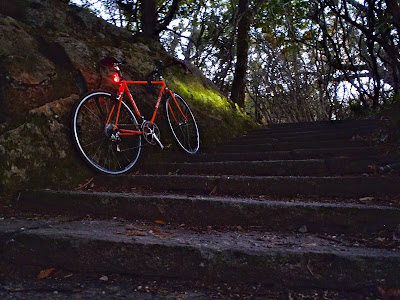 If I dropped 276 to 1206 I would have probably been walking to Yellow Gap. I took a nice long breather then put 'ole orange multibeast into high-gear for the 12? mile descent. The relatively effortless downhill momentum was a relief beyond description. Through the tunnels, past every landmark I had passed much slower going the other way, and in no time at all I was at Bent Creek Gap. Down 5000 was even tough as fatigue had gotten the best of me. I could hardly hold the beast in a straight line much less apply enough braking force to really slow down. The tiny uphill towards the end let me know my decision was the right one, it felt like a mountain, Bradley to Yellow would have been like climbing Everest, and a quick pavement descent later I was at the Jeep and loading up. I didn't even feel that hungry but I ate two ProBars at the Jeep, stopped at McDs on the way home 'Yes, I'll take a crispy chicken sandwich meal, supersized, please', and ate two bowls of cereal AND a huge bowl of ice cream before passing out on the couch. I guess I was hungry. In the end it was not the ride I had planned but.... I was on my bike and I caught sunset at Mt Pisgah after getting there under my own power. Not a bad way to spend an evening if you ask me!
26.5 miles, 5300' of climbing 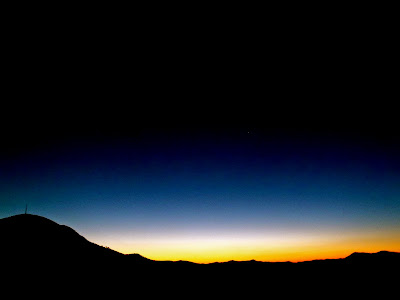 Posted by Eric Wever / Pisgah Productions at 7:34 AM