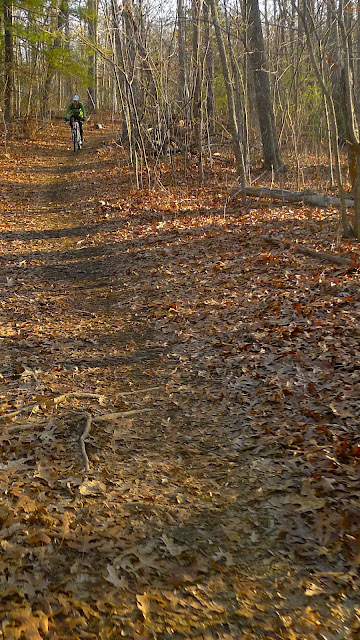 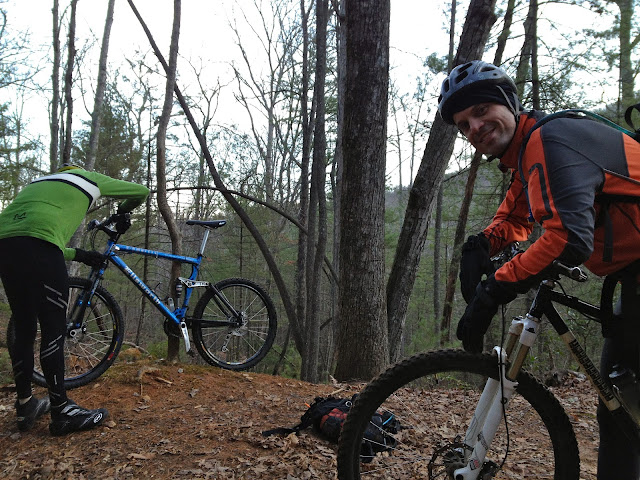 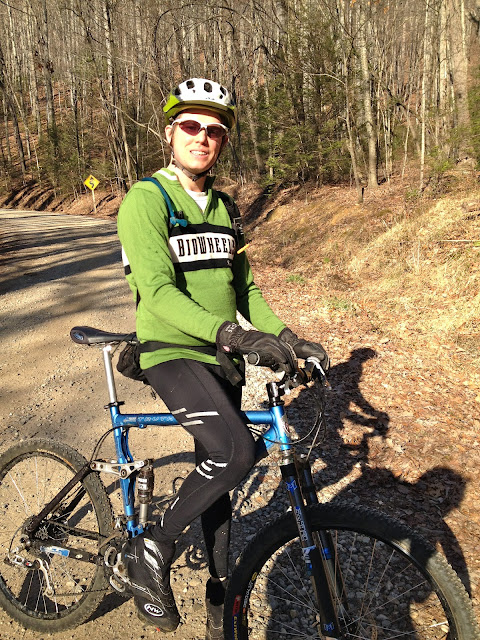 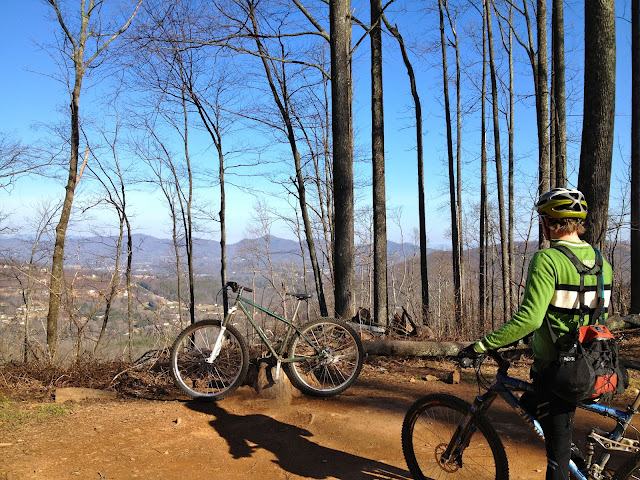 Then later in the evening I saw the freaker by the speaker.... 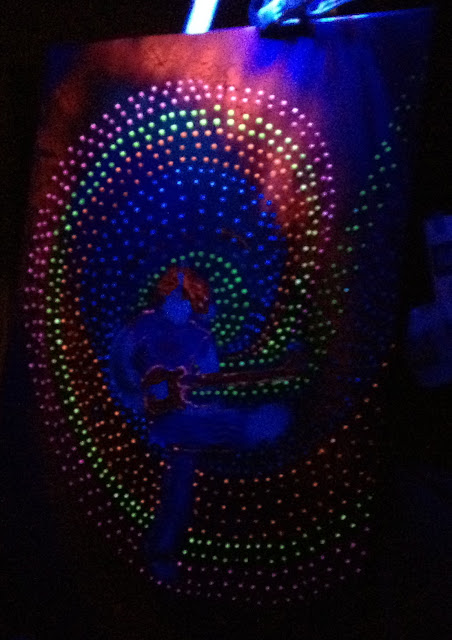 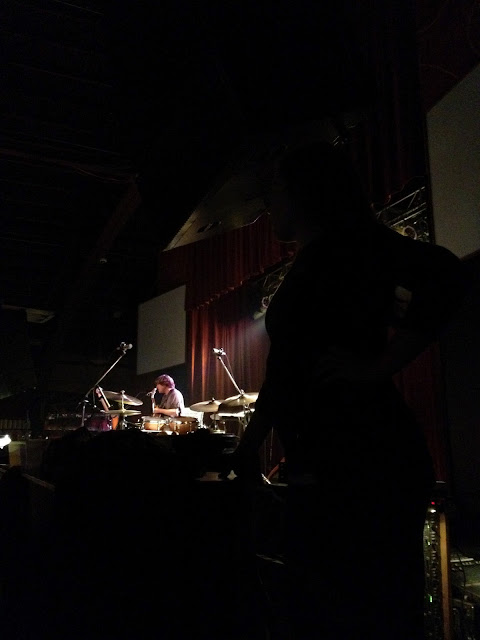 Yesterday was one of those absolutely splendid days to live in Asheville. Erinna and I got out on a hike with Zoe in the afternoon and even though our original hike plan was thwarted by the parkway being closed we ended up discovering a route that I'm sure we will do again and again in the future. 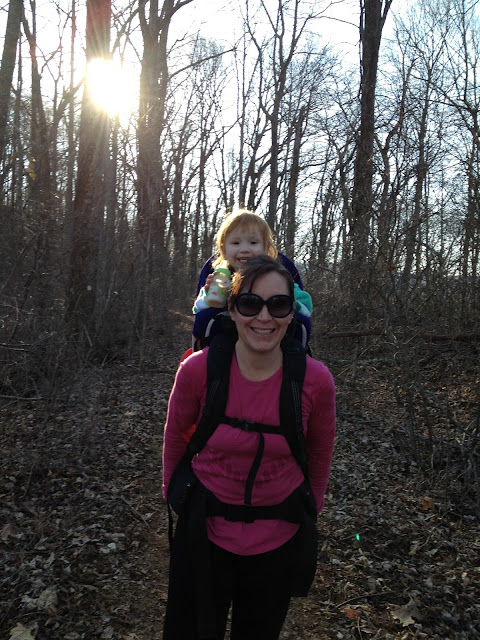 As we were getting off the exit for home I noticed the time and that if I turned-and-burned I could make it to Kitsuma for a ride with Mike B. and Kassi D. that I had been invited on earlier in the day. Sweet!
Mike, Kassi, and I started at the gate on Old 70 at about 6:15pm and the pace was set pretty high right away. 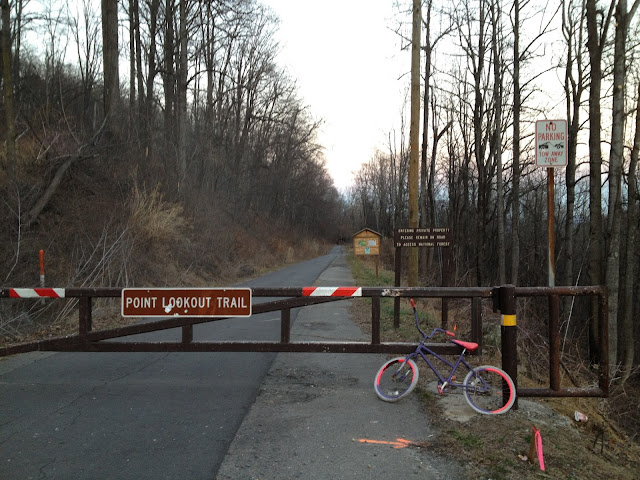 Just before we attacked the switchbacks Kassi mentioned that Mike had not been on the trail since the machine work last year, much less the rework that Shrimper did just a couple of months ago. 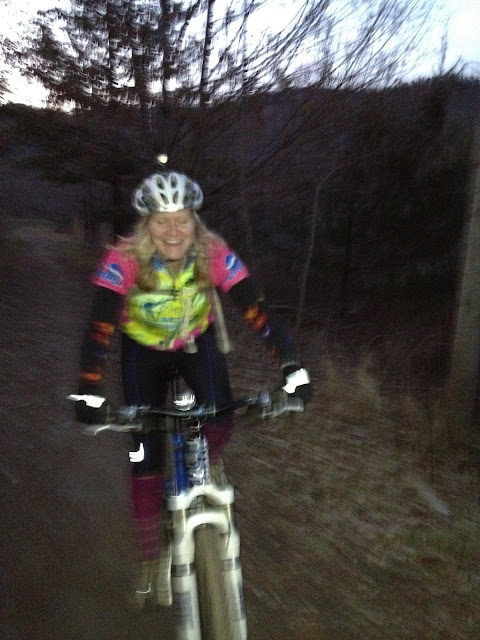 The trail is in fabulous shape right now and Mike and I cleaned everything all the way to the top (except for stopping at the overlook we didn't dab once). 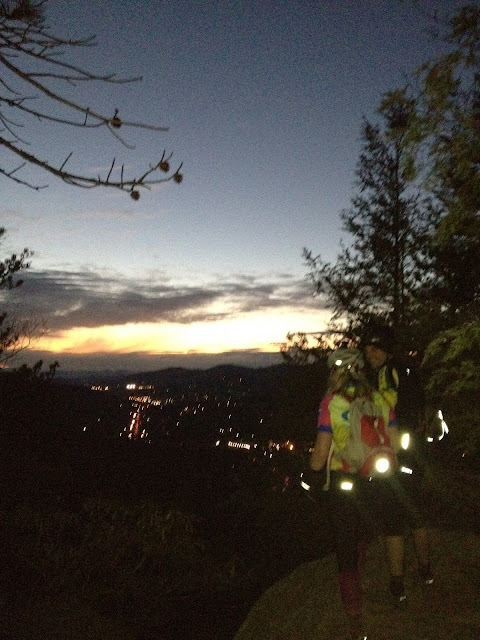 I was on the 1x6 so that was proving to be especially tough for me but I made it. 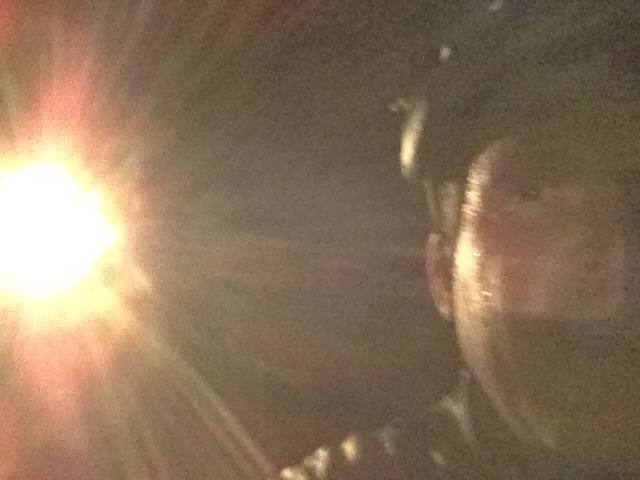 I took the lead for the descent since I had the most powerful lights and we were FLYING down that trail. Kitsuma is a lot like a downhill pumptrack now. We all cleared the second hill with the switchbacks and I had gained 10 seconds or so on Mike by the time we were at the Old Fort campground. 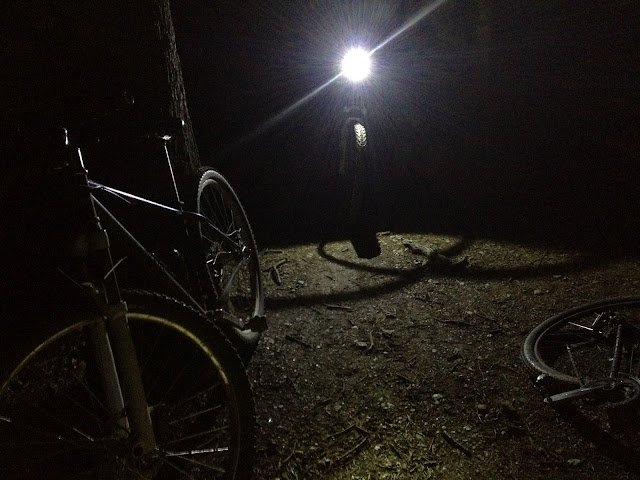 We all turned our lights off for the return trip to the vehicles and it was a beautiful night to do so. Stars by the billions, wispy clouds, and city lights made for a brilliant light show. Temps were in the 50*'s, too. A great night to be in the woods with friends. Thanks for getting out guys! Next time I'll remember to bring my nice camera. 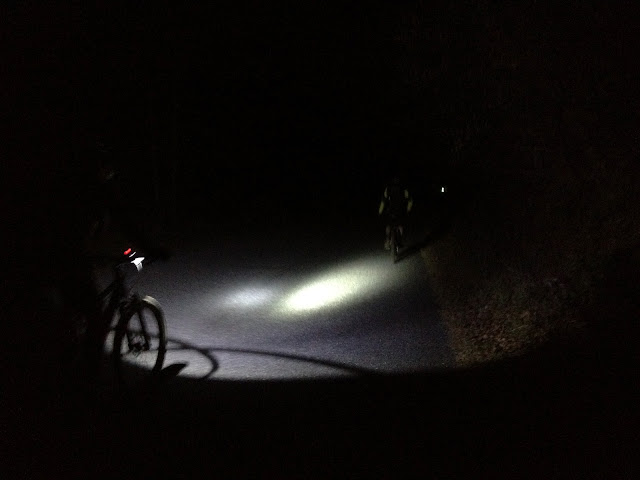 Posted by Eric Wever at 6:48 AM No comments: