Do you know what makes riding bikes easier? Riding bikes often. I have not been riding my bike often and last night I could tell.
Mike B and I had made plans the night before and we both able to keep them. 8PM. White Duck. 2ish hours of urban gravel and pavement. 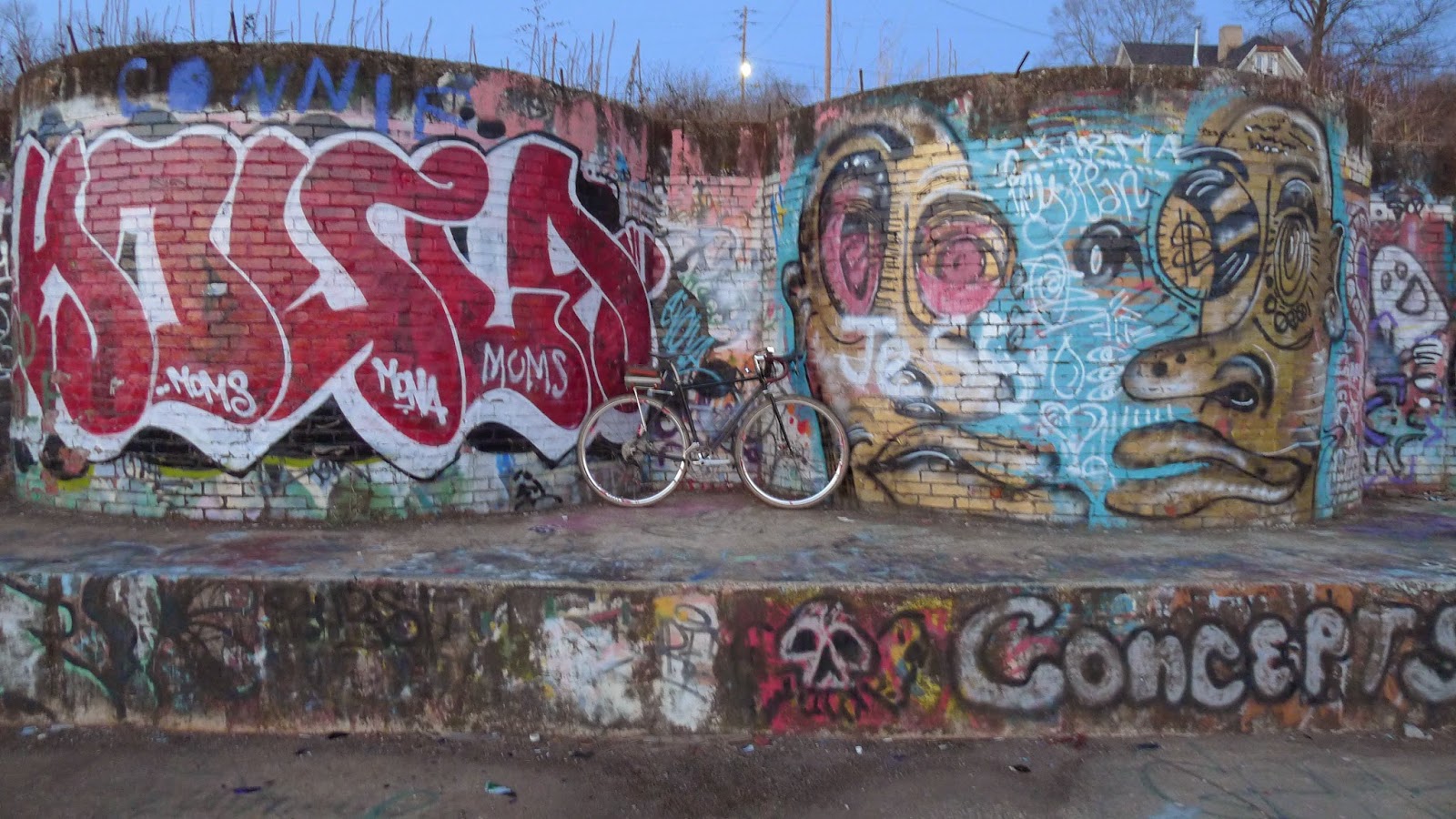 With no real plan in mind we headed to downtown, my camera died, 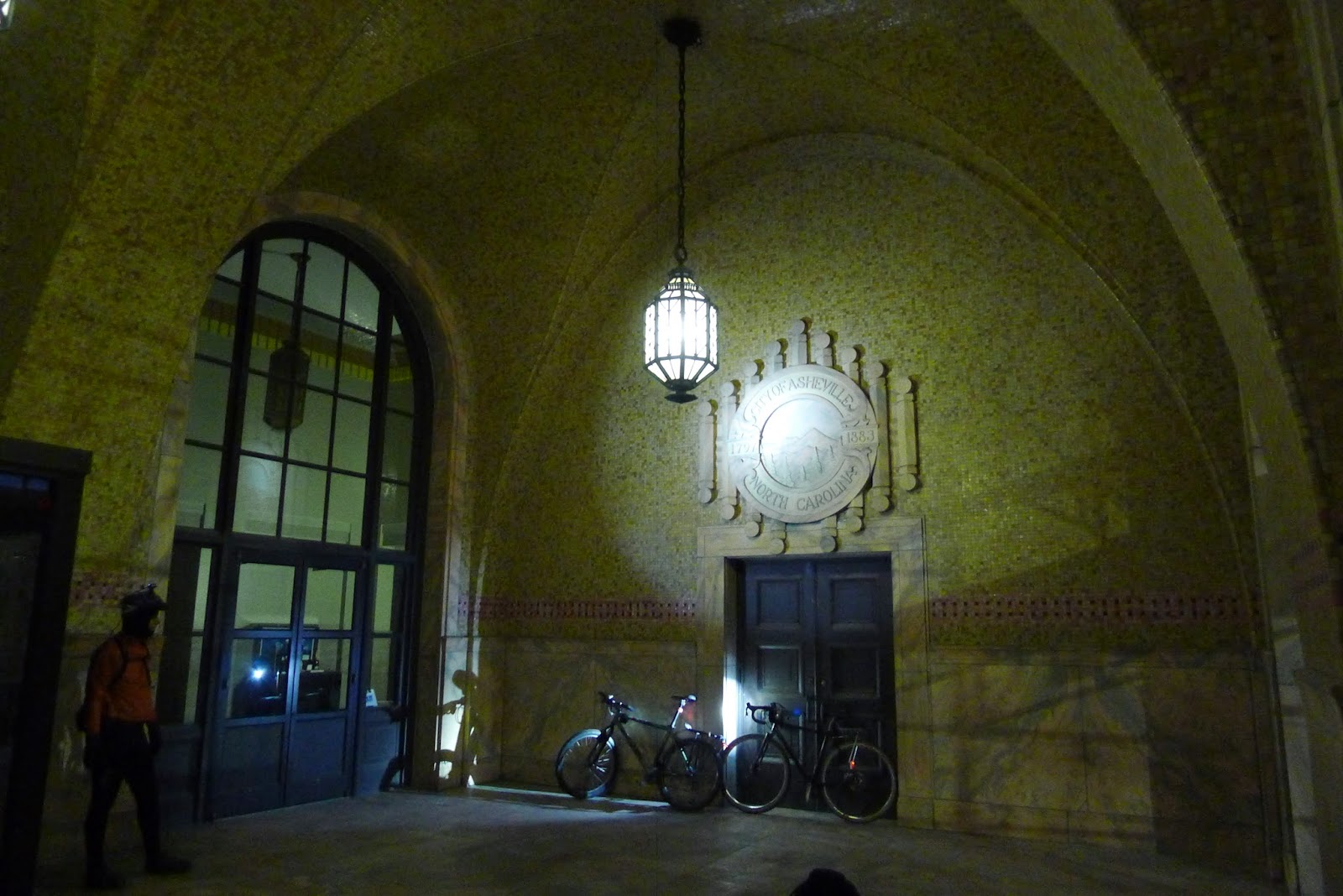 then we cruised through the central neighborhood and eventually to Beaverdam.
The pace was slow once we hit the uphill proper and I couldn't get my temperature leveled out. We stopped two or three times for various clothing and headset adjustments then, after we crested Old Toll my legs finally started to wake up. Mike had gained quite a bit of space on me on the little climb from Webb but after I caught up it was easy to take the lead. I should mention that Mike was riding in cleated shoes on flat pedals for some reason or another... but anyway, Patton Mtn. was next and even though I felt good I was a solid 30 seconds off my fastest time ever down that hill (so says strawva).
Mike and I then weaved through the Sunset neighborhood and back towards downtown before parting ways.  My ride finished with the climb back to West Asheville as Mike headed to Richmond Hill.
Great ride Mike. Thanks for getting out there.