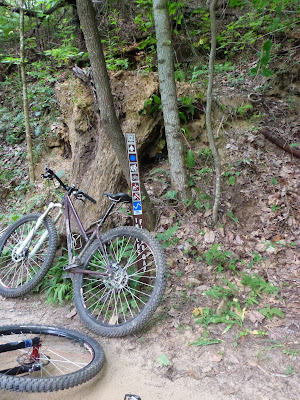 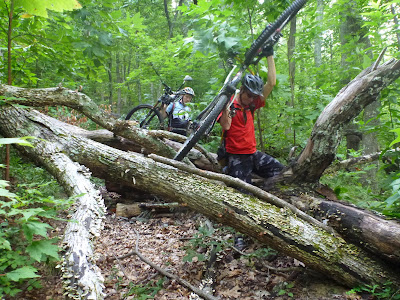 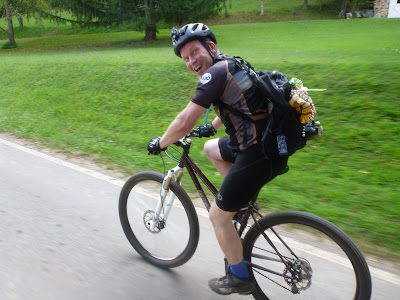 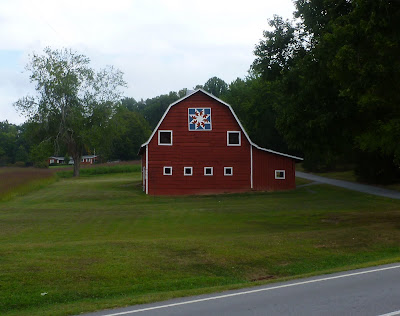 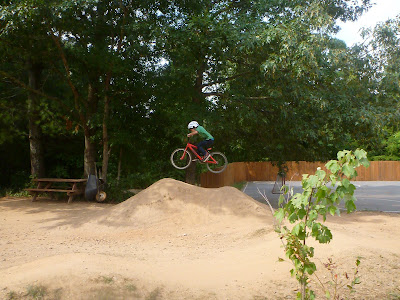 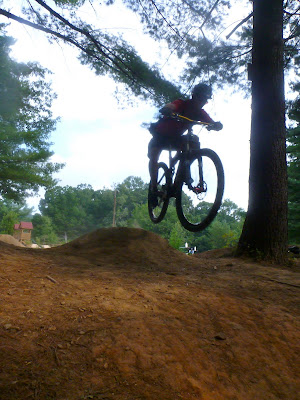 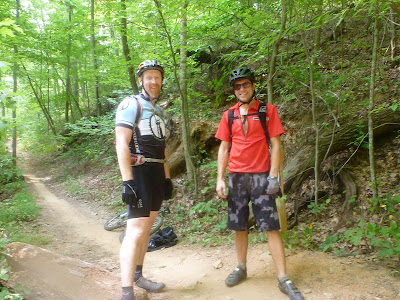 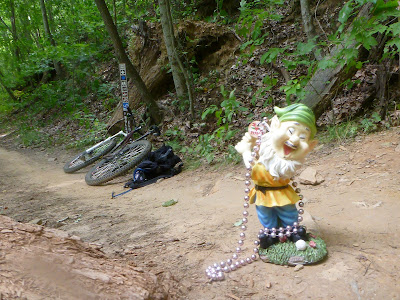 It was all the gnomes fault. I met up with Jody F. and Ben W. this morning for a ride that was not to be. The plan was to park at Bent Creek, grab the gnome, head over to Trace/Middle Fork/Big Creek area then make it home by 12:30 so all three of us could relieve those in charge of childcare duties. Well, we got the gnome then decided to try to navigate Tony Michaels to the Parkway. We followed the past Greenslick, past Betty, past Mo', and beyond following the blue blazes. We made a navigational decision and continued on Blue but soon the blazes were gone and we were nearly bushwacking. We were following the forest boundary, made it to a peak, then had the most hairball descent I've been on in a loooong time. When we reached a T intersection with a doubletrack it was Jody that mentioned, I think we're headed to Candler. I pulled out the phone, checked the GPS and yes, we were. More later.