More fun than we should be allowed to have 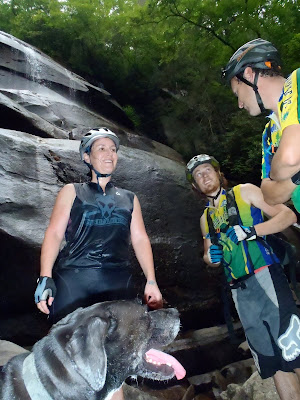 Erinna, Sophiedog the Brave, and I went on one of the most fun filled mountain bike rides EVER yesterday. Ian 'The Pony' L. and Calum R. rallied at our house in the BigAssTruck at about 10:30 after a huge morning rainstorm had squelched our original 7:30 ride plan. 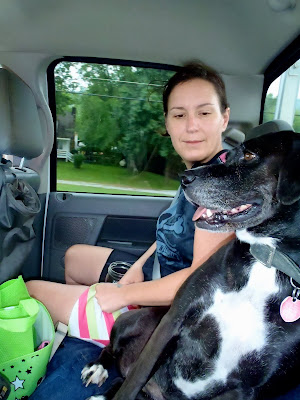 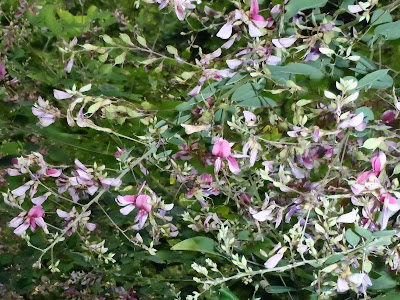 This ride was the first time Erinna and I had been off-road together since she was 4 months pregnant and a fun route, understanding crew, and slow pace was to be the order of the day. 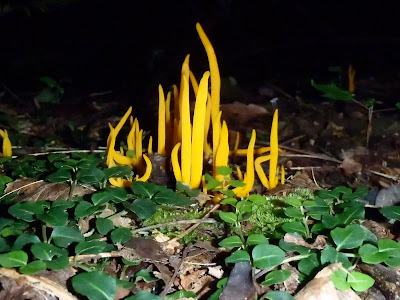 The ride started with a pace higher than I was expecting on Davidson but as soon as we hit Cove Creek the real fun began. 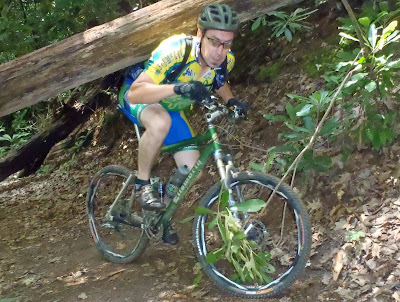 We slowed to a crawl and picked our way up that rooty, non-tech climb while talking and laughing the entire way. 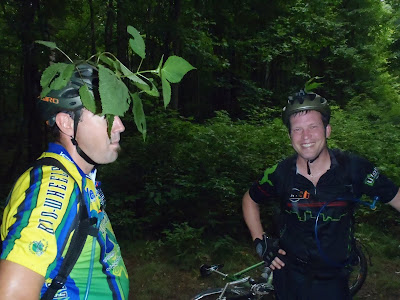 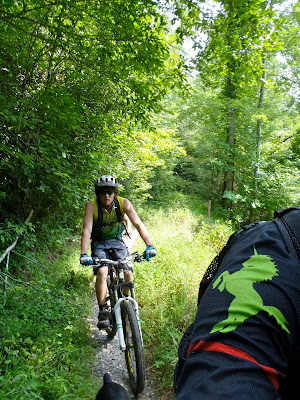 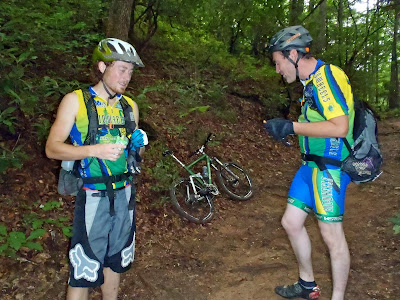 Calum and I were hitting the creek crossings with abandon but he was the only one to try this one:

Calum R on Cove Creek trail from pisgahproductions on Vimeo.

Its funny how group dynamics work. When we hit 225 nothing was said, there were no visual cues, no nods or winks, everyone just picked up the pace and we hammered to Daniel Ridge. 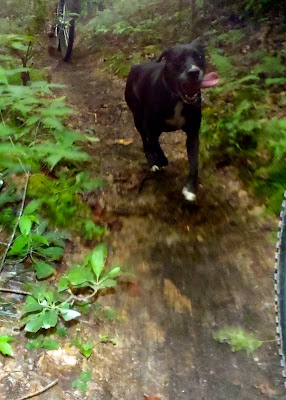 Erinna was even in the chase, standing and climbing, until again, with no warning, nods, or winks, we all stopped at a ripe blackberry patch, dropped our bikes, and were collecting handfuls of fruit. It was just one of those days when everyone was in synch. 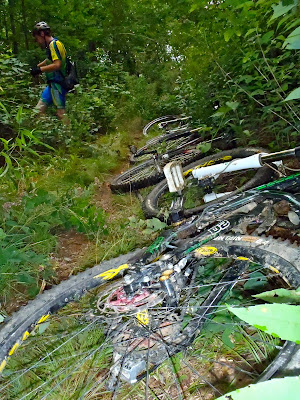 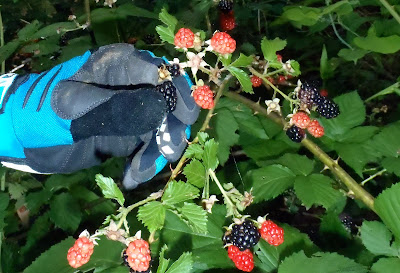 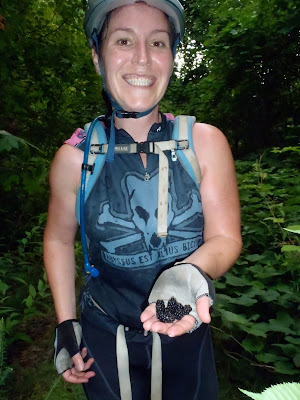 The turn to Daniel Ridge came quickly and we decided to take the clockwise (longer, less tech) way down. Calum was on his monstertruckbike so he went first for the descent. That man is F-A-S-T when the front wheel is lower than the rear. He hit every here-to-there jump the trail had to offer and drifted into corners fast and furiously. We would regroup every chance we had and the group arrived at the waterfall at the bottom together. After a quick dip in the cleansing waters of Daniel Ridge falls 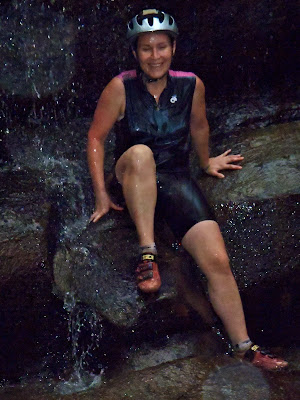 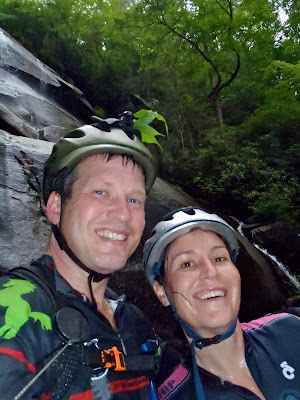 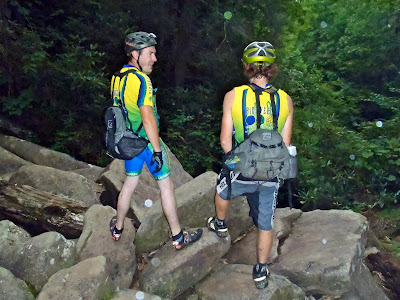 we were back at the BAT in a little over two hours. Thanks for coming out guys! Thanks for watching Zoe, Mona! Thanks for getting back into the off-road saddle Erinna!!!!
Posted by Eric Wever / Pisgah Productions at 7:16 AM 2 comments: