Pisgah on a Monday 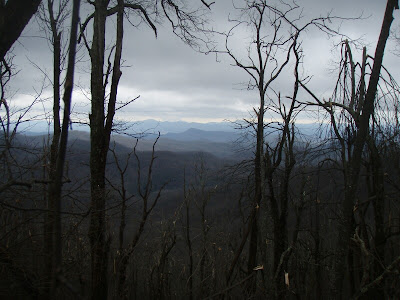 This morning I got to work at 6:30, did my required paperwork and sets for the day, and was home before 8:00 and managed to get out to the PMBAR start/finish by 9:00 for a quick jaunt around the Clawhammer->Black Mountain loop. 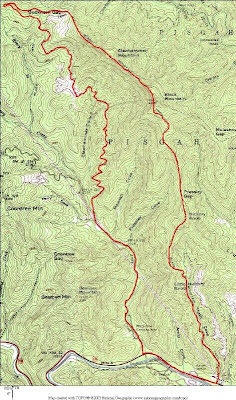 When I arrived I was surprised that the temps were much cooler than in Asheville so I donned every bit of clothing I had along. The pavement/gravel to the horse stables went by in a flash as I tried to get nice and warmed up as soon as possible. Clawhammer was next and after last night's rains it was nice and soft and slow. I passed right by Maxwell and was feeling pretty good (chugging along in my granny) until the last time Buckhorn trail crosses. I thought for sure I was at the top.... but no, it just gets worse from there... Oh, along the way I was looking for the cemetery that's up there somewhere. Does anyone know exactly where it is? No rest at Buckhorn because I was feeling rather frozen and up the switchbacks to Clawhammer Mountain followed. When I reached Clawhammer it looked like a war zone (well, minus the concrete/metal/fire/death). The top of every tree was broken off by this past winter's snow storms but the trail had been cleared. 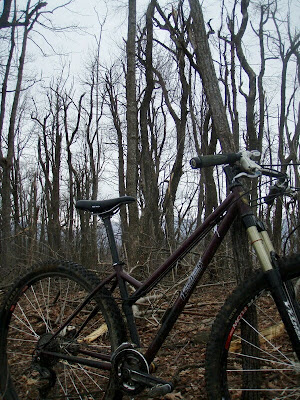 A big thanks goes out to everybody that's been clearing the trails.

I took my first break at the overlook in the saddle, pushed over Black, noticed hat it was starting to SNOW, then started the descent back to the Jeep. This ride served as the rebuild break-in ride for the PR2.0 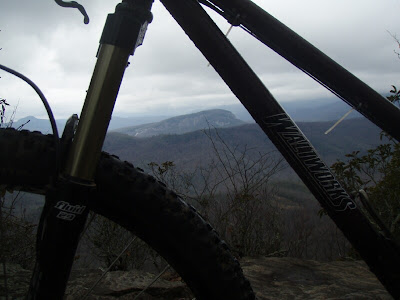 and I had a few issues that came to light during the downhill but otherwise the descent was fun, kinda fast, safe, flowy, and my hands were frozen. When I got back to the Jeep the temps had fallen and a steady flurry of snow had started. Perfect timing.

A little over two hours on the bike with slow and steady moving and hardly a rest... 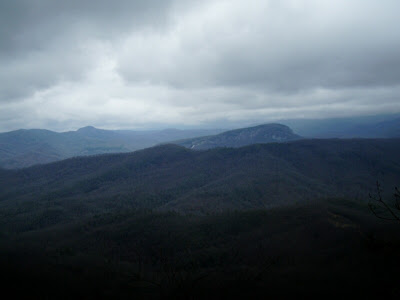