The Tuesday Night Dinner Club met at Smoker's Cove last night for a bit of playing around on Black Mountain. Mike B. picked me up in Asheville and we met Jody F., Mike R., and Ed M. at just after 6:00. A short while later we were on the bikes and headed to climb Avery Creek. Our route for the evening: 276->477->Buckhorn->Avery->???->Clawhammer->Black. 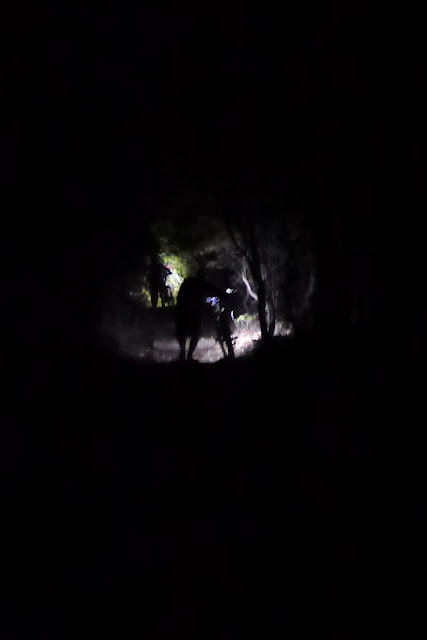 Last week I was killing it during the TNDC ride. This week was the opposite. I was in a world of hurt. The warm-up hurt. Avery hurt bad. Avery hurts everyone but the guys were way WAY ahead of me. We took the right turn off Avery onto ??? over to Clawhammer and my legs started to think about warming up but I was still off the back. 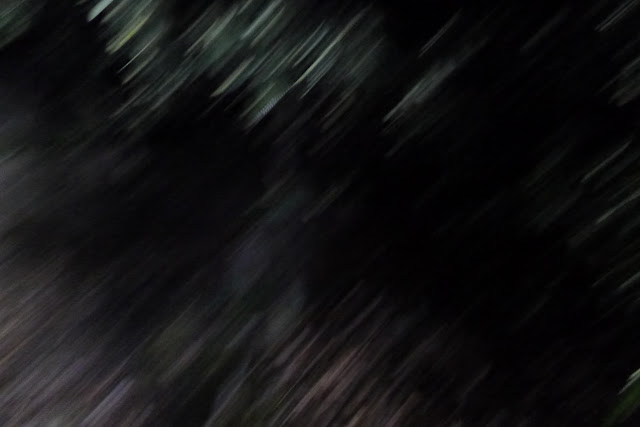 When we turned onto Black everything turned around. My legs and lungs were finally speaking the same language and climbing was coming easy. The super steep technical climbing up Black comes in a close second for moments of the night. The best was the descent down a totally blown out Black Mountain. I've never seen it in such bad shape and following Jody was a blast. We rocketed through what should have been completely unridable. It was amazing. The buff lower section was as fast as ever, too. It was a fun night on the bike for sure. Along the way Mike B mentioned how lucky we are to have 'this' (he gestured towards the cosmos). These are the best of times. We have health, trails, and means to have and ride bikes, deep in the forest, at night, with great friends. Awesome. Thanks for the reminder, Mike.  I, too, am truly thankful.
Posted by Eric Wever at 8:45 AM 2 comments: