Jody F and I got out last night for a ride in Turkey Pen. The idea struck us on the way out to try to locate the gnome down in the bowels of Turkey Pen since soon enough it'll be too cold and the water will be too high to get down there until next Spring. 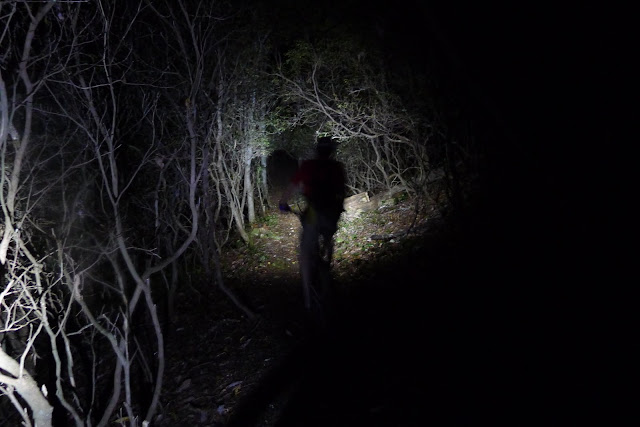 Well, damn that gnome. Damn that gnome to Hell! Every time I go after it something unexpected happens including an adventure ride. We started slow on not-Vinyard and looped back around to the parking lot as a warm-up loop and just as we arrived the rain started to fall. Up Vinyard followed and the rain slowed then stopped, just after turning every root into a snotty-slick mess. 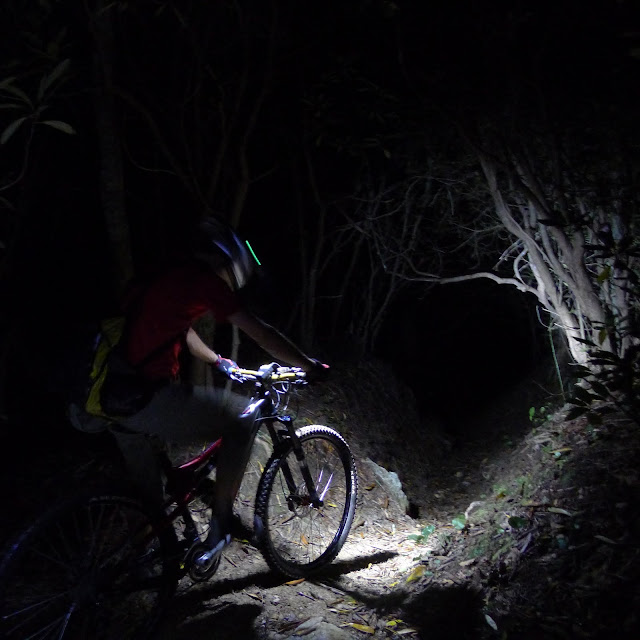 I hit the deck pretty hard then almost immediately had a crazy mechanical. A thick stick got caught up in my rear triangle, somehow broke the valve stem off without breaking a spoke, and actually forced the tire off the bead. Crazy. I was wondering if I was in for a repeat of the shortest ride ever because my front tire was also loosing air. Anyway, we BOMBED down Vinyard to Riverside. The descent was incredible. Slimy roots were sending my wheels in all sorts of unintended directions and my foot was off acting like a rudder on more than one occasion. We crossed the river and I made the fateful decision to go Left on Riverside, thinking that it was the shorter and dryer route. 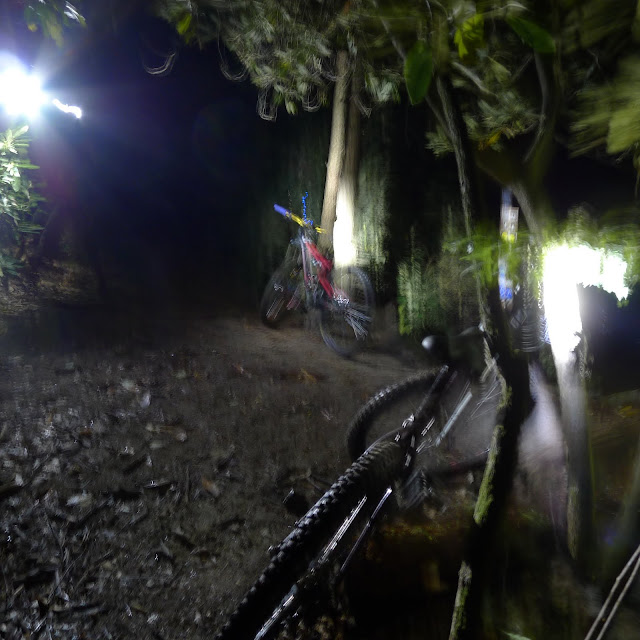 I was wrong. After what felt like 10 crossings we ran into a problem. 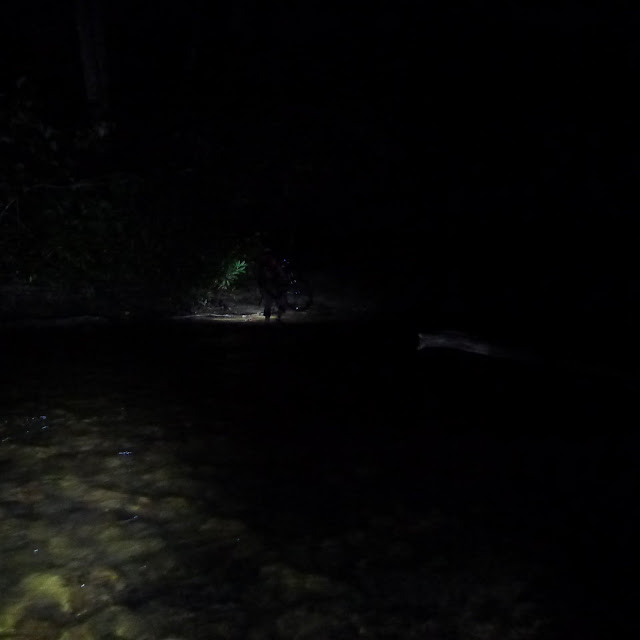 We could not find where the trail exited the river at one especially wide crossing. New trees were down and we scrambled among the crowns trying to find a blaze. After literally a dozen times crossing back and forth trying to find the trail I finally spotted the yellow blaze we were looking for. 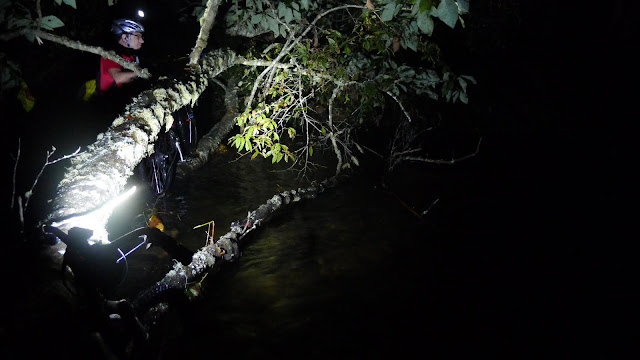 A half hour had passed where we were wading in thigh deep, fast moving, river water and the temps were steadily falling. I was feeling rather chilled and was happy to be moving again. We missed the turn to Pea Gap and were at the swinging bridge shortly thereafter. We decided that you know, it was already 10 PM, it was probably best to head back to the parking lot. We took the singletrack back up to the vehicle then enjoyed a couple post ride beers. We talked and laughed and told stories for probably an hour but just before we turned onto the highway was a moment to remember: A huge flying insect had entered the car and by the time Jody got it out I was laughing so hard I was crying. You had to be there. Great ride Jody. Even if it took us 2.5 hours to cover less than 8 miles!
Posted by Eric Wever at 10:15 AM No comments: