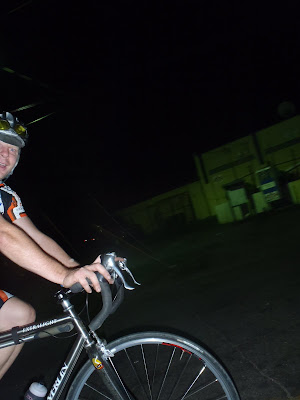 I just had my ass handed to me. Thank you very much Greg C.
After a beautiful Easter day of hanging out with the family plus Katie, Greg, and Dahlia, Greg and I decided it would be a great idea to get on the road bikes starting at about 8PM. We hit the road at 8:30 without a solid plan other than to climb Webb Cove. Our ultimate route Waynesville->Riverside->Elk Mountain->Lakeside->Osborne->Beaverdam->Webb Cove->Blue Ridge Parkway->Town Mountain->College->Heywood->Chicken Hill->Waynesville. 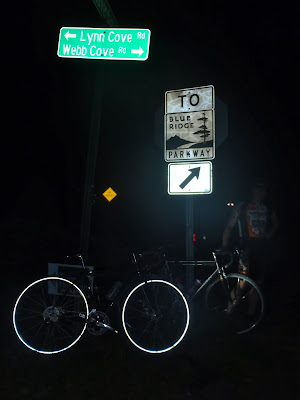 Greg set the pace early and after a couple insane passes by motorists I decided to push and hold his wheel to get that nasty stretch of pavement over with and it was done in a flash. I was seeing stars and doing my best to not need to stop for the climb through Woodfin and finally had to warn Greg that the climb up Beaverdam was NOT going to go by as quickly as the last few miles had, for me at least. He slowed just enough that I was able to catch my breath and get into a comfortable spin. Exactly what I needed I guess because the climb to Webb Cove wasn't that bad and by the time we were at the gravel I was feeling damn spry. We were both out of the saddle and hammering when, lickity split, we were at the parkway. Hell. Yes. 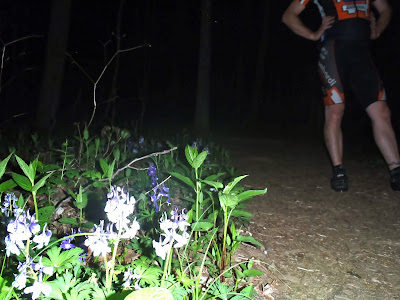 The Town Mountain descent really got the lactic acid building in my legs. They were on FIRE as I pushed but I still pushed as. hard. as. I. could. I was able to drop Greg in the chicanes but he easily reeled me back in on the straight-aways. I was absolutely flying at the final turn headed into downtown and Greg was only seconds behind. EXCELLENT. EXCELLENT. EXCELLENT.
We took the fun twisty way back to West Asheville and parted ways less than two hours after starting. Awesome ride Greg. Thanks for getting out. Happy Easter everyone! 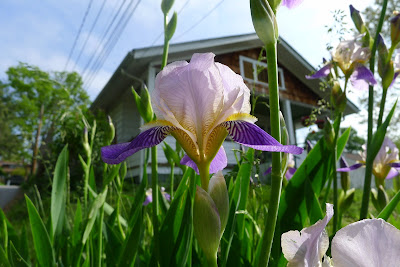 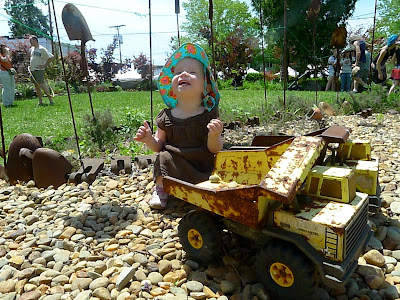 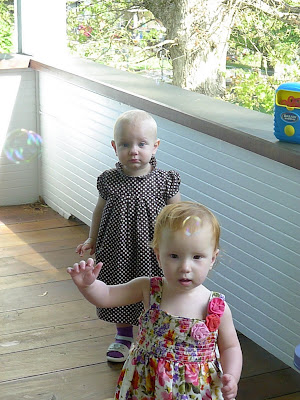 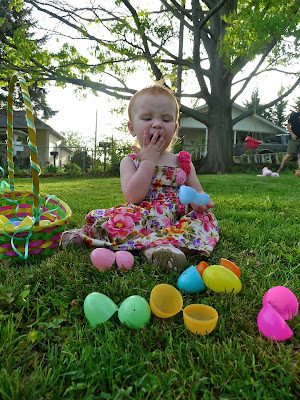