That's what I get for following Dennis F*n' Helton 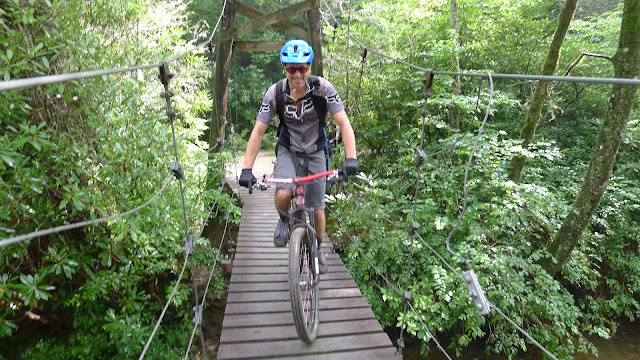 Ride plans were being formulated on Friday and Dennis gave me a call. The conversation ended with the unfortunate fact that Mike B, Jody F, and I were planning on the same exact route, just two or more hours earlier. Well, rain held us up and just as we were ready to leave the Turkey Pen parking lot Dennis H., Marvin 'Now a resident of Australia' M., Ed M., Adam W., and Jay C. were arriving. 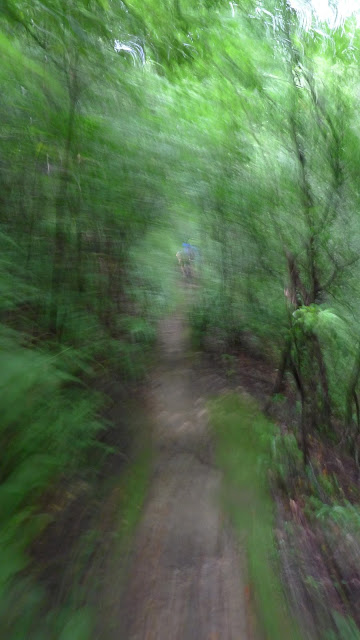 Mike, Jody, and I went ahead knowing the other crew's pace was going to be very high. We kept a respectable pace of our own though and the landmarks quickly clicked by. I was feeling great despite lingering dehydration from a very hard week at work at at the house and the fact that the temps were hovering around 90* with 100% humidity. We stopped to fiddle with my saddle adjustment (long story) and were caught by the other crew at Laurel Gap. 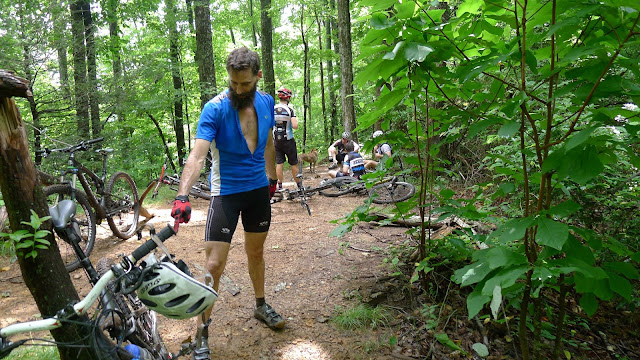 After an extended breather was the descent to Cantrell Creek and Adam led out followed by Dennis, Jody, and then myself. That was probably one of the fastest descents to Cantrell and Dennis' drivetrain took the brunt of a mistimed log hop along the way. We regrouped at Cantrell then in the same order made very quick work of the super tech section between Cantrell and Horse Cove 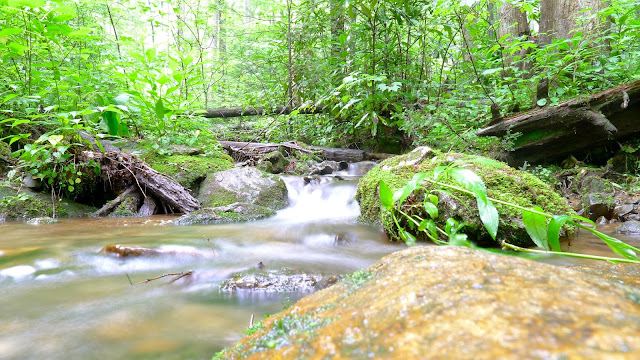 We took another long break there as Dennis worked on his bike and Jody decided it was time to turn around so he wouldn't miss his curfew. 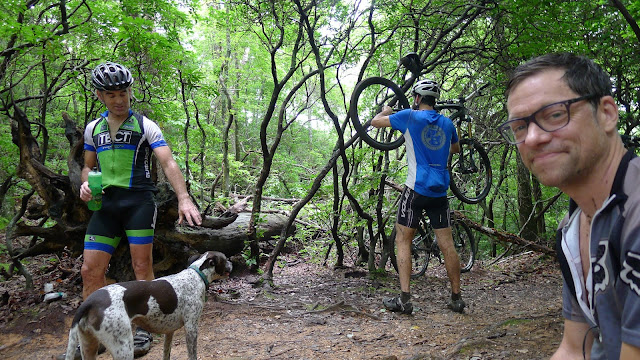 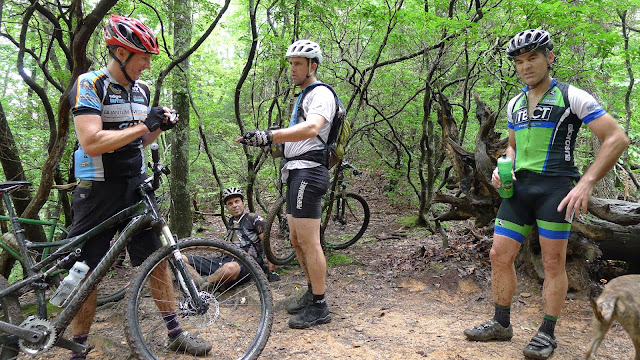 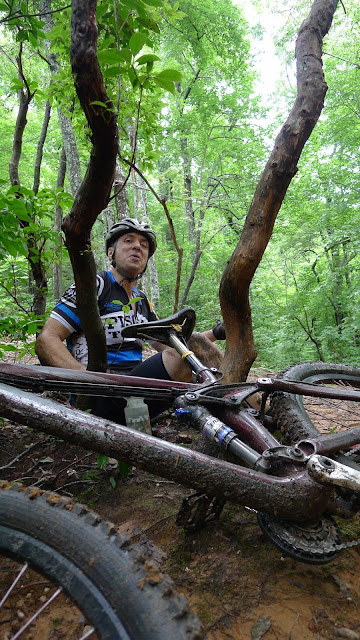 Then we cranked towards Wolf Ford and I had a spectacular crash. I'm not sure exactly what happened but my bike was suddenly not underneath me and I was flying through the air towards a huge mature tree. I could feel myself accelerating as I dropped off the trail and there was nothing I could do to avoid the impact so both hands out front to try to save my teeth and neck from the immovable object. I arrested most of my forward motion, tweaked my elbow and crashed into the underbrush. Mike rode by 'He's moving! He's OK' or something like that. I pulled myself up to the trail and said 'That's what I get for following Dennis Fucking Helton.' and Jay laughed out loud: 'I've said that to myself way too many times'. 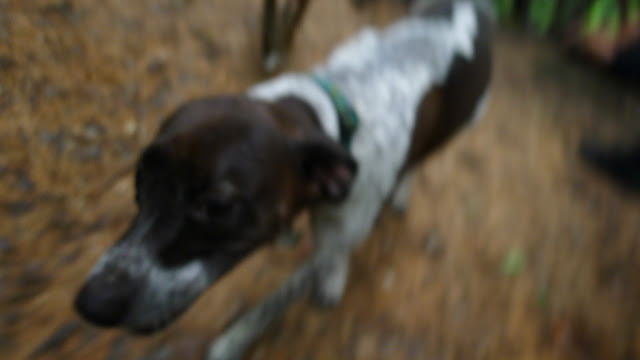 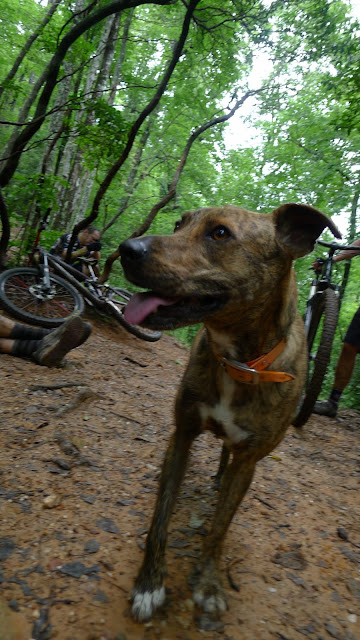 Mike flatted just before the final push and I held back as we were planning on Turkey after Squirrel and the others were doing an out and back on Squirrel. We passed them on their way back. 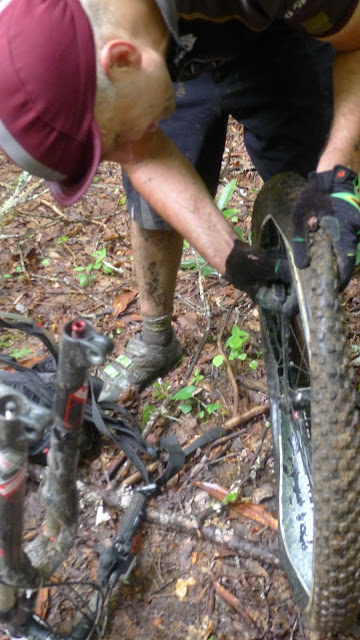 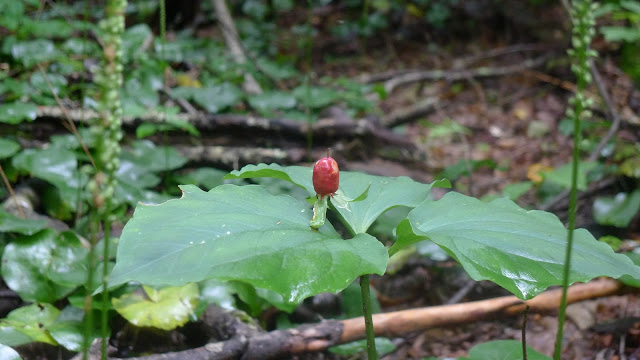 and then took another long break, this time at Wolf Ford. We ate, took a breather, refilled water, etc. 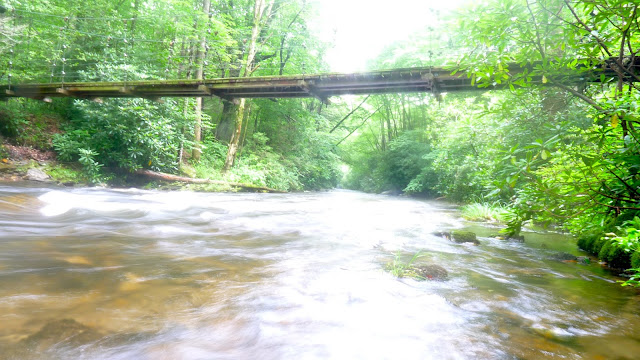 Then with the resolve to not race each other we headed up the wheelchair ramp to Buckhorn Gap. I pushed myself a little too hard on that section, and probably every inch of trail when we were with the other crew, and by the time we hit Buckhorn I was starting to feel cooked. 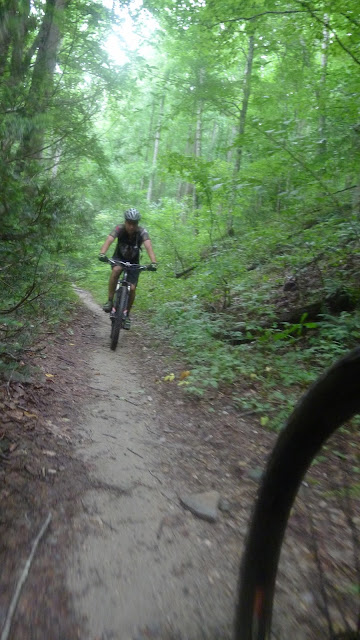 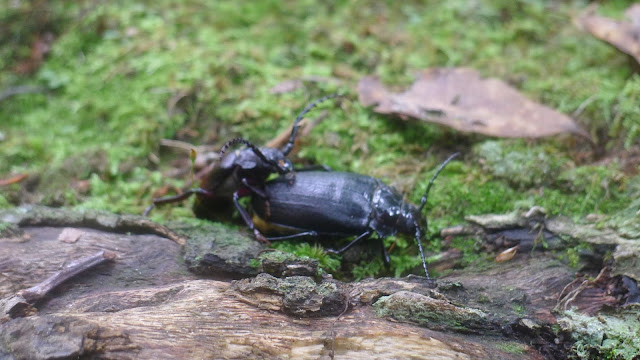 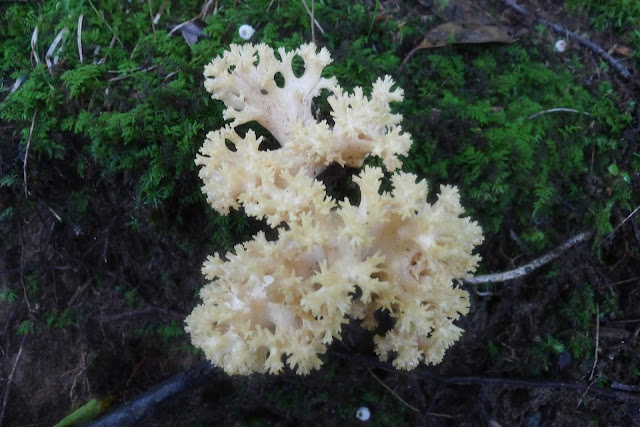 Mike's mechanical issues were not complete for the day. Once we were cranking up the steeps on Black he broke his chain. It took a little while to fix and when we were back on the bikes I realized I was in trouble and had zero gas left in the tank. Mike was able to walk away from me on the hike-a-bikes. 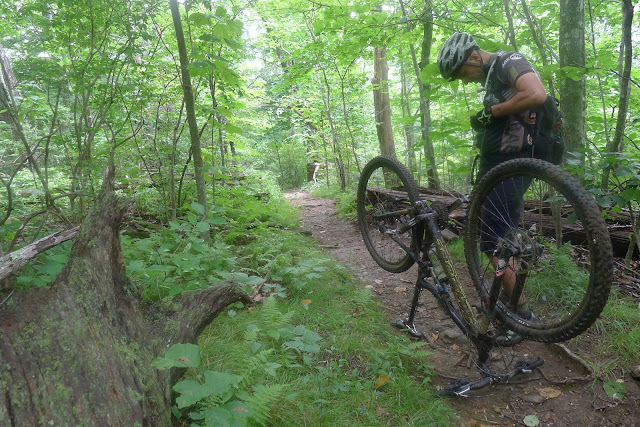 Food wasn't appealing either. I was feeling lightheaded and weak. Yes, a good old fashioned bonk was on it's way. We stopped at the overlook and I tried to get some food down and just continue to enjoy the day. We took the left onto Turkey Pen and I had to be cautious. I could tell I was loosing concentration and breaking strength in my hands. The descents were still a blast and along the way I mentioned 'THIS is why we took the long route' 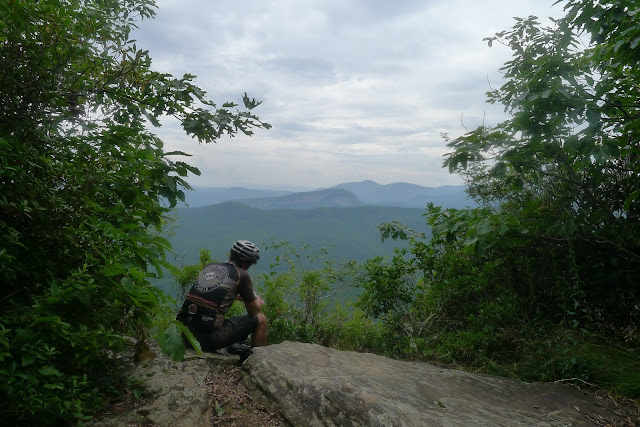 Squirrel is undeniably fun but Turkey Pen is a step above because of the descents. Sooooo fast. Soooooo steep.... but the climbs were killing me. I was hardly able to stay on the bike. My legs stated to cramp so we decided to take the bail out and walk down Wagon Road to South Mills 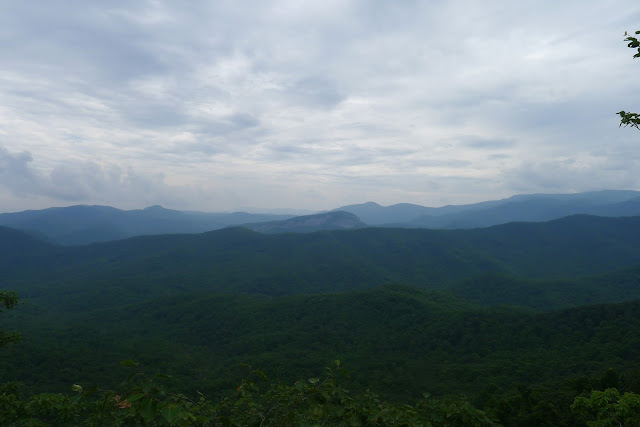 That was the second best decision of the day (the best being going for the big loop). Once we were on South Mills my legs came back a little and I was hardly uncomfortable. If we had stayed on Turkey Pen I doubt I would have been able to walk today.

Thanks for getting out and attempting the big ride, Mike. Dennis, It was awesome to actually ride with you. Jody, I trust following your downhill line more than anyone else right now. Adam, I knew you were fast downhill but faster than Dennis fast? I had no idea. Marvin, Great to see you! I'll ship your PMBAR jersey to Aus for you. Ed, Jay, I don't know that I've ever ridden with either of you. It was a pleasure.
Posted by Eric Wever at 8:52 PM No comments: